The stormy weather yesterday was quite something. The cottage is very exposed close to the sea and took the full force of the wind and rain. This gave the weather proofing a good test and sadly some of it was found wanting with rain coming in in several places. It was good in a way that we were there to see this as it meant that we could try and work out solutions but it was still rather depressing to see our carefully decorated interior getting damp and soggy!
This morning was taken up with meetings with the builder (to sort out the leaks), our housekeeper and the letting agency. Whilst we were packing up and getting ready to go I got a few texts and calls from Dave Parker and John Swann, telling me that an Egyptian goose (presumably the Helston bird) had joined up with the goose flock at Drift reservoir. Apparently the bufflehead had also been there the previous day though it had gone back to Loe Pool today. Egyptian goose is a great rarity for Cornwall (it was a county tick for at least one seasoned birder there) so was causing a disproportionate amount of interest. I persuaded my long-suffering VLW to let me stop off there on the way home for a quick look and I managed to find it though it was with the flock on the hillside opposite the hide so it was a rather distant view. 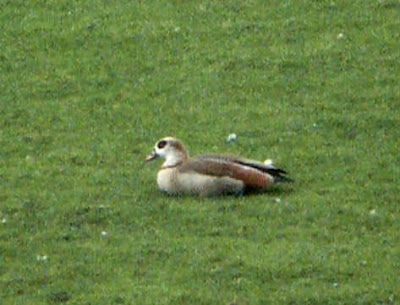 A very distant record shot videograb of the Egyptian goose
After that it was off up the motorway on the long journey back to Oxfordshire which afforded me ample opportunity to reflect on this visit. I always enjoy visiting Cornwall but this time it had been rather tiring what with getting everything ready for the final inspection and coming on the back of a busy Christmas period. The birding had been rather low key with nothing too unusal for the time of year. In fact there had "just" been a bufflehead, a ring-billed gull, a ring-necked duck and a surf scoter in the county but Cornwall does of course have very high standards. Personally I managed four county ticks this time (water pipit, surf scoter, Iceland gull and Egyptian goose) which I was pretty pleased with. I think that the bird of the trip award has to go to the scoter just for the number of hours I put in trying to see it.
Posted by Adam Hartley (Gnome) at 09:36 No comments:

As I mentioned in previous posts, I haven't had much time for birder in the last couple of days. I snatched a half hour session at Pendeen before the rest of the household got up on Tuesday. The wind was moderately strong but at least it was in the right direction and the highlight was a couple of balearic shearwaters going through, with the rest of the sightings made up of the usual suspects.
On Wednesday, after going to St. Erth for the recycling centre I had a brief 10 minute stop-off at the Hayle estuary causeway where from the comfort of my car I was able to sift through the gulls and ducks. There was nothing particularly unusual there but it's always nice to take a look and I took a few photos with the superzoom. 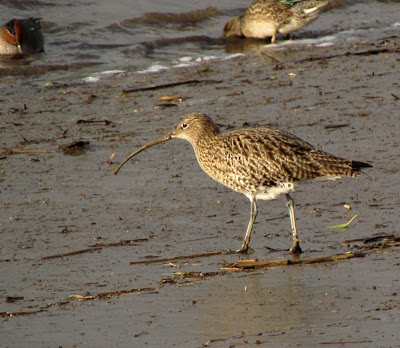 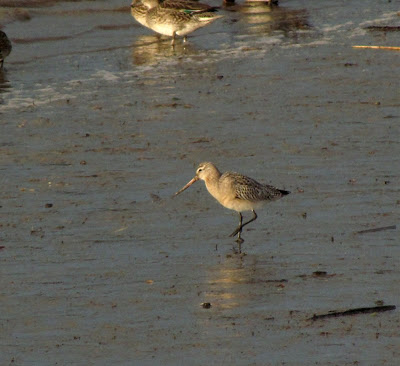 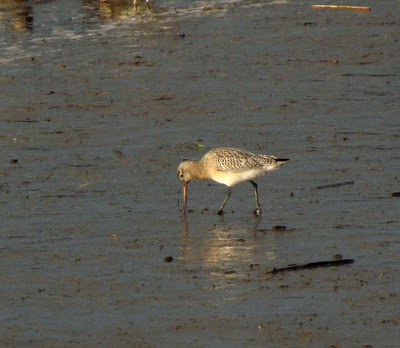 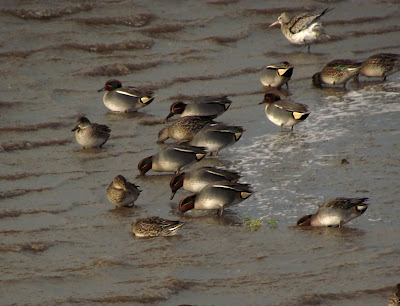 Hayle birds
Posted by Adam Hartley (Gnome) at 08:08 No comments:

As I got up before anyone else in the household today I went for a brief half hour session down at Pendeen this morning. The wind was from the south west so wrong for Pendeen but it was nice just to see what was going by. I almost immediately had a balearic shearwater go by but after that it was the usual auks, gannets, kittiwakes and fulmars as well as a porpoise just off the reef. 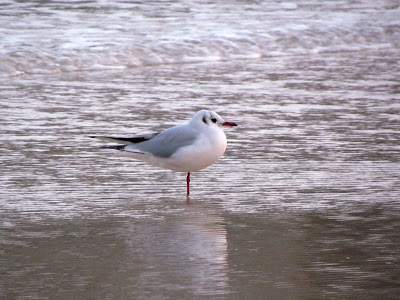 St. Ives black-headed gull
Later on in the day we went to St. Ives. While the rest of the party went for a wander around the lanes, I took Luke (our five year old son) over to the Island where I found a large mixed flock of birds feeding on what must have been a shoal of bait fish. There were about 100 large gulls with a bonxie snooping about in amongst them, 100's of auks floating on the sea and at least 3 balearic shearwaters skirting around the edges. 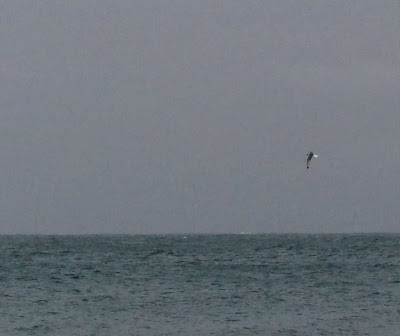 Trying to get a bit arty with this kittiwake shot taken off St. Ives Island
Posted by Adam Hartley (Gnome) at 19:19 No comments: