The next day was taken up with packing and stopping off to catch up with my VLW's niece who lives "up-county" so there wasn't any time for the Torpoint Green-winged Teal, nor the Black Guillemot that had been reported in Carbis Bay.


Given that it's the start of a new year I thought that it was only fitting that I reflect back on the past year's birding. From a personal point of view it's been a reasonably quiet year for my birding in Cornwall, largely due to the fact that the cottage is now let out during the holiday season. Two trips in particular stand out. In March I managed to find a first winter Night Heron of my own rather than the adult bird that everyone else had seen at Kenidjack. There was also a lovely Hoopoe at the Brew Pool and the Blue-winged Teal at Walmsley. The highlight of the year was a week of solid birding in October - it was pure bliss not to have to worry about fitting birding around family commitments. The highlights of that trip were the Olive-backed Pipit on my doorstep and the wonderfully showy Paddyfield Warbler at Church Cove. 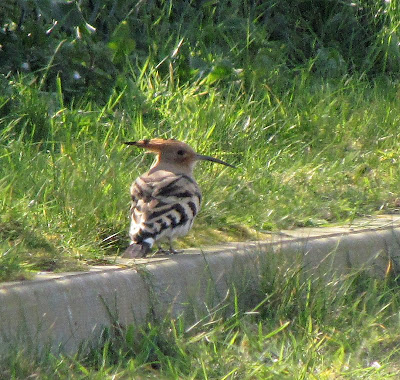 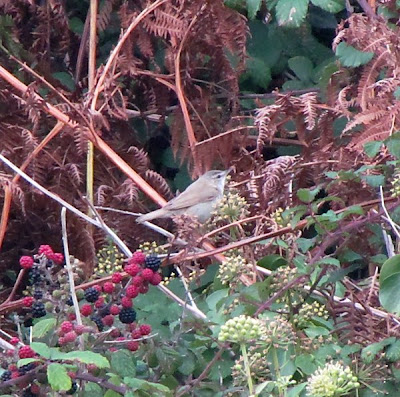 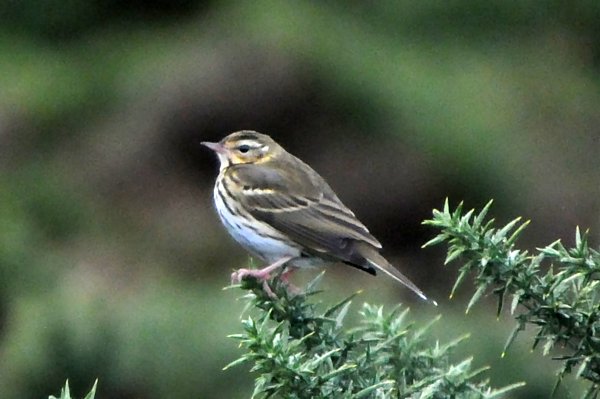 One thing that I've enjoyed is working on my Cornish list - it gives me something to go for even out of season when I come down. Had I been on my own this time I would have had a go for the Torpoint Green-winged Teal, the Short-eared Owls at Men-an-Tol and the Black Guillemot at Carbis Bay but unfortunately I wasn't able to this time. Still I had one good day's birding and seeing the Sub-alpine Warbler so easily was a real bonus. I'm hoping to come down again fairly soon as the cottage still needs some weather-proofing. With any lucky I'll have a chance to chase down some more Cornish ticks then.

It rained for much of the day yesterday so I wasn't able to get out for more than a brief walk where a Stonechat was the only highlight. In the afternoon we had a wander around Penzance and visited Morrab Gardens where a Blackcap and a Grey Wagtail were the only birds of note.


We decided to see the New Year in in style, first going to the Star at St Just where we'd heard there would be a DJ though in the end it was too crowded for any dancing. Next on to the Radjel in Pendeen for a drink and the girls had a game of pool. After that we headed over to Marazion to count down to the New Year on the beach and to watch the various fireworks going off in Penzance and Marazion. Finally back to the cottage to open the champagne and to discuss the year past and the year ahead. 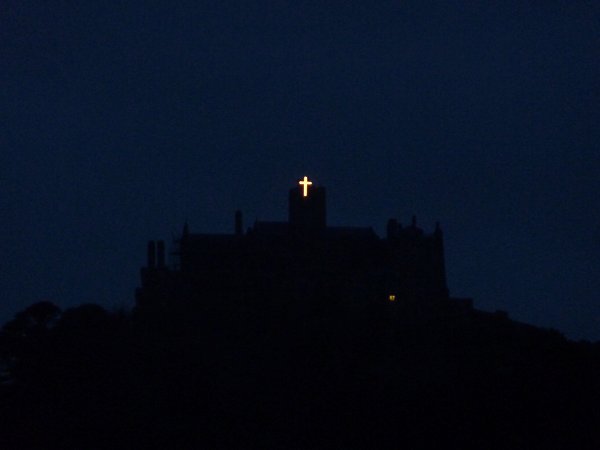 The cross on the top of St. Michael's Mount from the beach at midnight


This morning there was a nice north westerly wind and it was quite sunny so I thought that I'd pop down to the Watch for an hour's session. There was quite a lot of movement close in with a good passage of auks and kittiwakes - at one stage they were passing at a rate of about 100 birds per minute. The highlight was a couple of Balearic Shearwaters, one on the sea and one passing through.


In the afternoon we headed over to St Ives so the girls could do some shopping. The boys went for a walk around the island instead. On the sea there was the same steady passage of auks and kittiwakes but nothing of note. 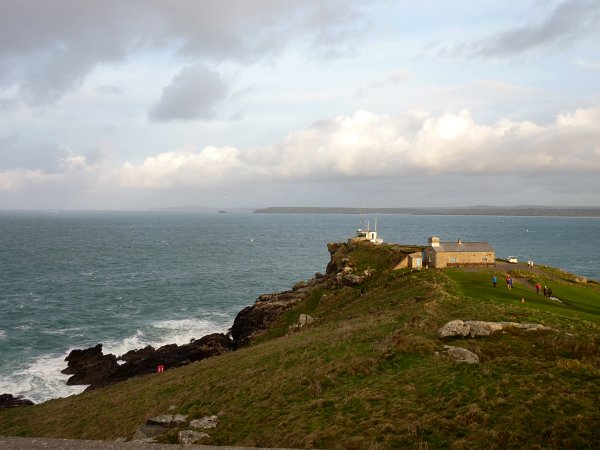