By Friday I'd had enough of decorating and decided to leave fairly early and then to stop off en route somewhere if I could find something of interest. Fortunately a couple of days ago a text had come through about an Iberian Chiffchaff up at Rame Head which was close to the Devon border. I'd not been to this area of Cornwall at all so I figured that it would be a good opportunity to explore "up county" a bit more. There had been nothing on the information services about the bird since yesterday morning but I figured that I was more or less heading that way anyway and at least it would be an interesting diversion so I decided to take my chances. Accordingly I turned off the A30 at the A38 junction and headed over towards Rame. It was rather a complicated route and I had to stop to consult the map on several occasions but I eventually found myself at the Old Rectory on Rame Head. I parked up and walked a few yards up the path where another birder was loitering. He turned out to be the original finder and the bird was still there and singing away happily. It was very faithful to a clump of three or four sycamore trees and after a few minutes it showed well on a branch very close by. I didn't bother trying to digiscope it but instead attempted a recording on my phone. The finder was a very nice chap who was more into insects but knew his birds well enough to be pretty sure what it was when he found this Iberian treat. Pleased with the success of my warbler twitch I was contemplating stopping off somewhere else on route but when I thought about it I realised that I was actually feeling quite tired by now (the week's decorating had taken its toll) and so just headed for home.
Below is a recording of the Iberian chiffchaff. In order for it to work you'll need the appropriate plug-in installed in your browser. You may be prompted to enable the appropriate ActiveX control to allow this.

The singing Iberian Chiffchaff (MP4 format - direct link), recorded on my phone
(you may have to turn your volume up a bit)


If that doesn't work then try this MP3 format instead (direct link)which should be more universally playable..

It had been another enjoyable week down in Cornwall with some nice "rares" at the beginning and end and some good solid county listing during the week - I managed another ten ticks for my Cornish list though some of those are just "heard only" at present. An interesting dilemma of course as to whether one counts "heard only" on ones various lists. My personal approach is to require a sighting for my life list but to allow them for year lists and county lists. There is an added advantage to getting a "heard only" tick in that at a future date one can convert it to a full tick when the species is actually finally seen. This way you're acknowledging that you've achieved something through hearing the bird and then you get a second "tick hit" when it's seen - so two ticks for one species. 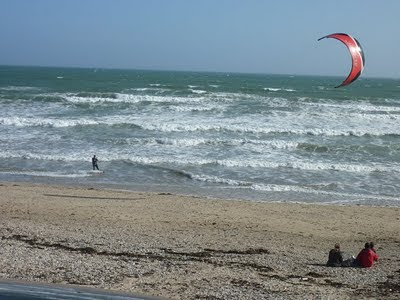