It was time to pack up and go. As usual it took far longer with the family of five than one might expect but finally, late morning after much faffing about we were ready to depart. 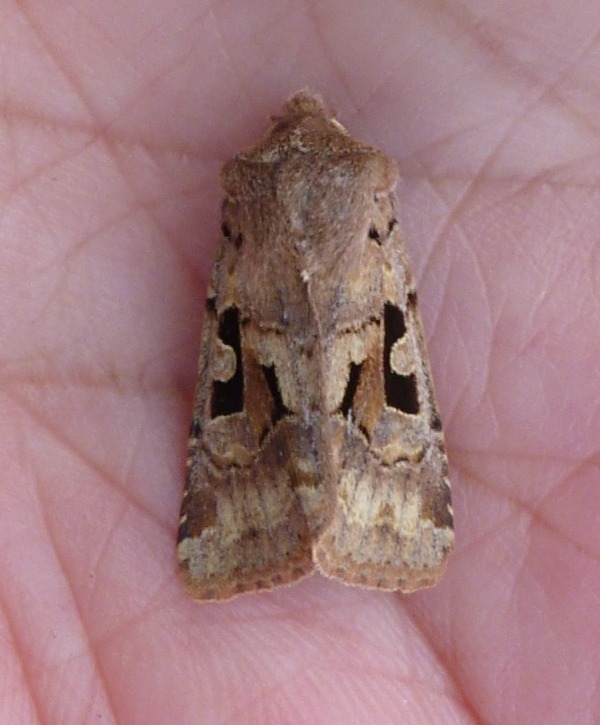 Whilst packing, news came through of a Hoopoe in someone's garden in Penzance. I thought nothing more of it until it was reported mid morning as still present on some playing fields. As it was only a few minutes detour from our route home I sent out a tentative text to DP to see if he knew more. He didn't but apparently TM had seen it so after I texted him, he kindly called back with directions. The rest of the family didn't seem too bothered about the detour and indeed were actually quite keen to see a Hoopoe for themselves so we headed off towards Newlyn and up one of the residential side roads there. I knew that I was at the right place when I spotted MA heading down the street though he reported that he'd not seen it himself. I thought that I'd have a quick look all the same so while the rest of the family stayed in the car to start their packed lunch I headed a few yards up a footpath where I could look out over the playing field where it had been seen. There I met ME who reported that it had been seen a few minutes ago but kept disappearing into the neighbouring gardens. He wandered off and I and another birder remained to look out for it. Sure enough within about five minutes it flew out of a garden and across the field into a tree on the opposite side. I managed a brief photo and then rang my family to tell them to come and take a look. However by the time they'd arrived it had flown off again.


They weren't that disappointed and I was pleased to have seen the bird. Indeed, after a very quiet week it had been the only decent thing that I'd seen at all so it was a relief to get a last gasp good bird in the bag. So it was back to the car and then off on the long slog back home. Still with Radio 4 for company the journey passed reasonably enough and late afternoon we arrived back home to say hello to our two cats again and to settle back into our home.