A very quiet day today. I did my rounds as usual with virtually nothing to show for my efforts apart from a few fly-over Skylarks. There was nothing else of note at all - my Pendeen rounds are proving depressingly unproductive. After that it was time to start some DIY activities which occupied the rest of the morning.


In the afternoon we went out to buy a few things that we decided we needed on the back of our morning efforts and then we went off to the Tremenheere sculpture park for tea. On the way back we stopped off at Gulval church yard for a look around. It was a lovely piece of habitat with all sorts of interesting plants and trees there. I wonder if anyone checks it out regularly. Then it was shopping at Sainsbury's and back home. Whilst out, news had come out on the pager of a Black Redstart at Pendeen lighthouse so I went for a stroll down there to see if I could find it. It turned out to be right on the cliffs on the north west corner where it was feeding away on what was a nice sun trap in the company of a Wheatear.

Pleased finally to have seen something of note at Pendeen I headed back to the cottage for the evening.

The next day in view of the poor local birding I treated myself to a bit of a lie in before venturing out at around 9 a.m. Down at the lighthouse I found the Black Redstart was this time in the complex itself and that it had picked up a companion, also  a female/first-winter bird. The Wheatear was also still about within the complex but that was about it. I met PC on my rounds again who'd also seen very little. 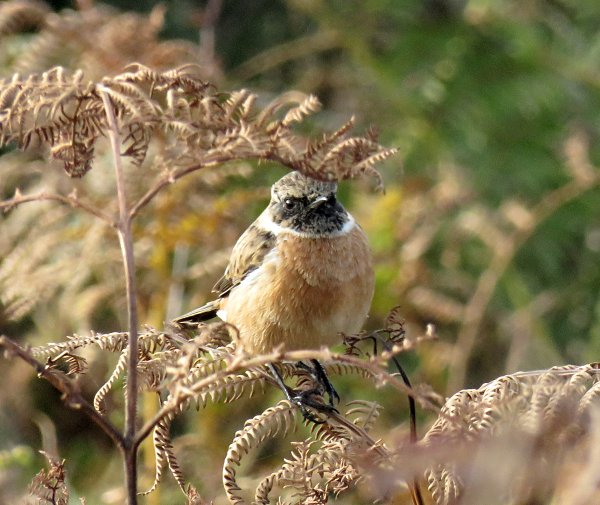 After that  it was more DIY in the cottage. In the afternoon a sudden work emergency had me stuck to the computer whilst the others went to Geevor for tea. Apart from a brief birdless walk down to Boat Cove that was it.