I have not been so diligent in my surveying of Pendeen each morning as I have in the past. The truth is that it's a little too early in August and to be honest I've just not been feeling it. Still in passing I've managed to see a few things. The highlight was a lovely female Common Hawker that settled right next to me and allowed some photography at point blank range. This species is pretty rare on the Penwith peninsula and in all my years of coming down it's only the second time that I've seen it. In discussion with local resident JS he says that he's only seen three during his time here.

A few Pied Flycatchers were being reported passing through the county and one day I managed to find one in the Old Count House garden. The trouble is that there is so much cover there that it's very hard to see anything and after about 30 seconds it had disappeared.

On my regular strolls down to the lighthouse I'd often spot a Wheatear in the fields or posing on a wall. 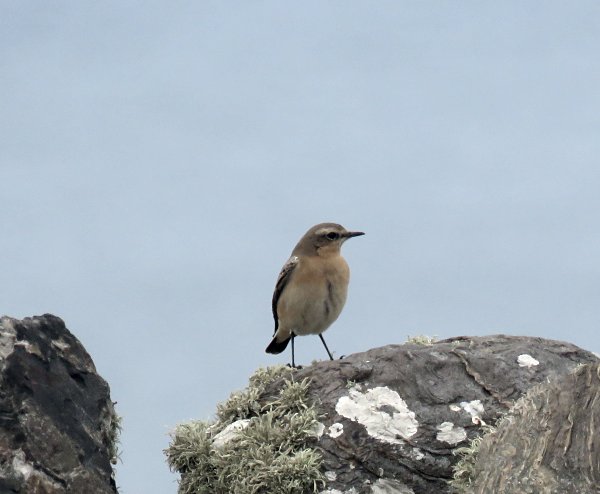 Apart from that it was the usual species doing their usual thing. The two Ravens were still around and a pair of Chough have taken up residence in the area.