The calm conditions lead to the inevitable Pendeen fog today so I decided to nip over to Hayle for another check of the waders. There was not much of particular note with 4 Med Gulls (1 adult & 3 juvs), 2 Sandwich Terns and 1 Common Sandpiper being the only birds worthy of mentioning. 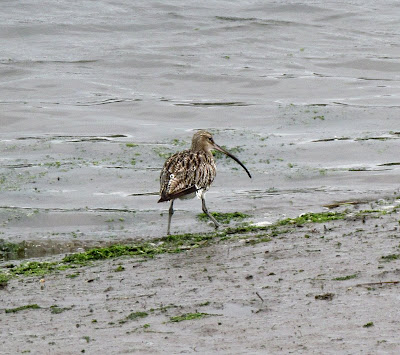 Hayle curlew
On the way home I stopped off at Marazion where I met up with Dave Parker. He'd just received a text to say that a black tern had been seen off Jubilee Pool so we both nipped over there. Dave thought that he could see it in the distance over towards Newlyn and I too caught a glimpse of something dark though there were lots of birds flying around by the harbour there. I had a scan with my scope and spotted a distant tern on a buoy though it looked like a sandwich tern to me. I even drove over to Newlyn to have a look for it but couldn't see any sign of it. Unfortunately, one that got away.
Later that morning we decided to go for a walk from Trevilley over to Porthgwarra. Unfortunately it was foggy even down there with the only thing that I spotted being a pair of returning wheatears. 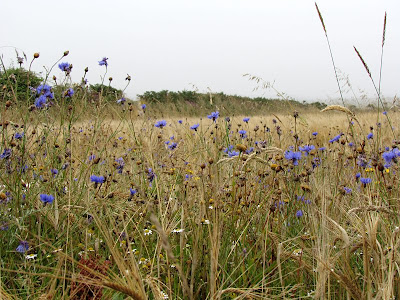 Corn flowers at Trevilley
Posted by Adam Hartley (Gnome) at 08:15