This morning we decided to spend some time doing the few cottage chores that we needed to do whilst we were down here: hanging up some pictures, adding some more curtain rings to the curtains and things like that. Also one of the builders was here doing some of the weather-proofing jobs that had been identified from the "great storm" so we had to discuss certain details about the work.
After lunch we headed into Penzance to pick up a few bits and pieces with my VLW and B hitting the shops whilst L and I went to see if the Pirate Gift Shop at Penzance harbour was open. L always likes to visit a gift shop when he's down here so that we can buy him some piece of tat but unfortunately for him it was closed. While we waited for the others to return he amused himself with taking photos on my point and shoot camera whilst I scanned the Bay from Jubilee Pool. Whilst doing this I met with a young visting birder who it turned out was hoping to get in to Oxford University next year and wanted to know all about the best Oxford birding spots. I hope that he gets in as he was keen to visit Port Meadow (my patch) and I'm always keen to have extra pairs of eyes on the lookout for something good there. Whilst chatting we managed to turn up one Slav. grebe, one great northern diver and a couple of female eider duck but there was no sign of the surf scoter which had been reported earlier.
Once the rest of the family had arrived we headed off to Marazion to partake in that great British past time of sitting in the car looking at the sea with a hot drink from the thermos. Actually I stood outside the car scanning the sea though I couldn't turn up anything new. L said he wanted to go on the beach so I went with him for a quick look around whilst I tried to photograph the sanderling flock. Then it was back home to the cottage and some food. 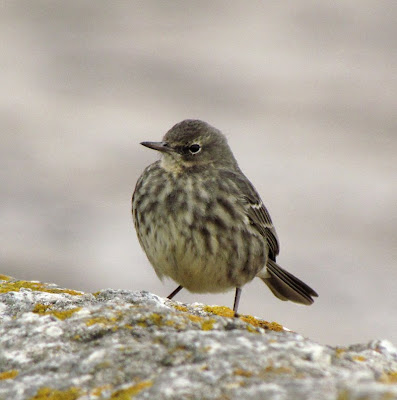 This rock pipit came right up to the car at Marazion 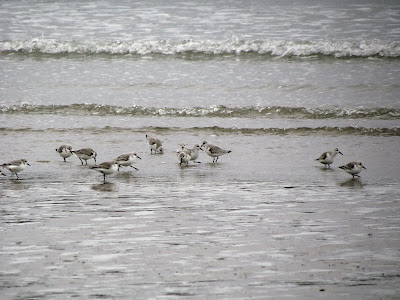 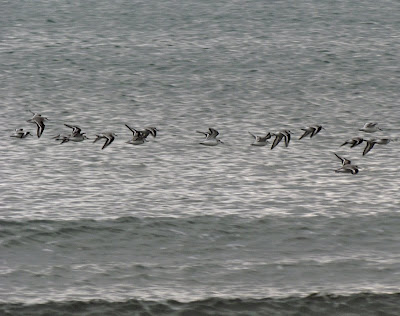 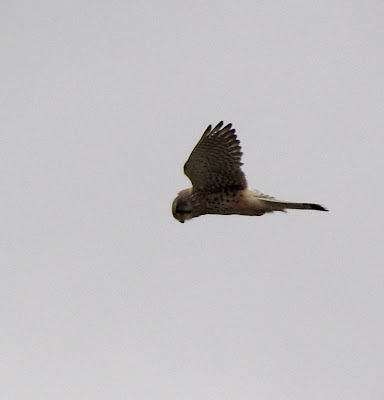 A Marazion kestrel was hovering close by
Posted by Adam Hartley (Gnome) at 19:49