With a forecast of stronger winds and more inclement weather and also a late night from yesterday, I elected to have a lie-in this morning. In the event the weather was better than originally forecast with some nice sunshine in the morning though it was rather windy and every now and then a passing squall would dump a load of rain on the cottage. We busied ourselves with various DIY tasks: I was weather-proofing the garden furniture which had taken a real battering over the winter. The previous set had lasted less than a year so I wanted to try and get a bit more life out of this one. In between painting I would occasionally cast the bins in the direction of the sea where in the bright light I could see plenty of Kittiwakes, Gannets and Auks flying past. I also spotted some Fulmars flying close in near the cliffs.


After lunch L and I went for a walk down to the local cove. En route I watched the birds passing on the sea but it was all the usual stuff. On the way back I bumped into a lady birder whom I'd met a couple of times previously. She'd been doing a sea-watch from her car but didn't have anything of particular note to report apart from a Black-throated Diver on the sea.


Late afternoon my VLW decided that she wanted a nap so L and I decided to head over towards Mounts Bay. We started at the bus station where I found a nice big raft of small gulls quite close in. I went through it several times, hoping to turn up the Laughing Gull but the best that I could find was an adult Mediterranean Gull and a Kittiwake. Out in the bay I managed to count a total of at least five Great Northern Divers. I didn't spot the Surf Scoter but to be honest I wasn't really looking for it. 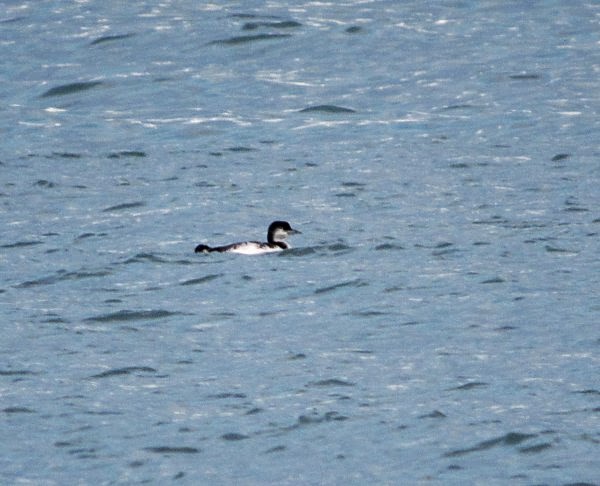 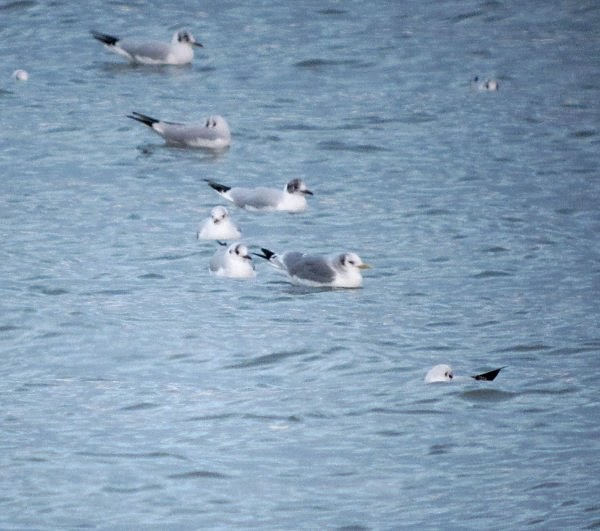 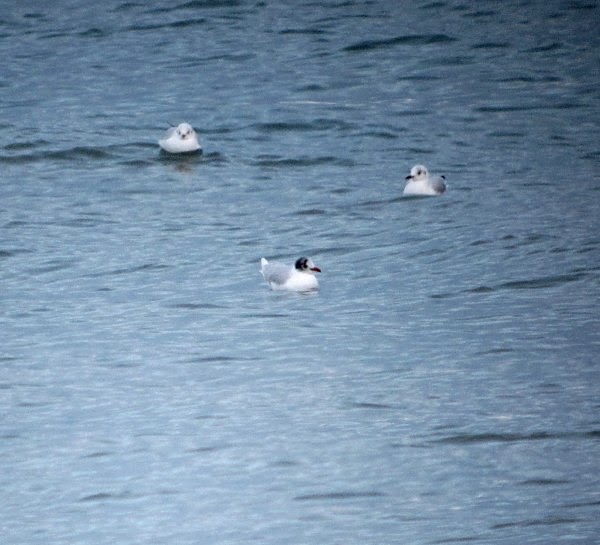 Some of the bird out in the bay this evening


We next nipped round to the Station House car park but there was no sign of any gulls so with the light fast fading we moved on to the Red River estuary which again was birdless. After that we nipped into the supermarket to pick up some shopping and then it was back home for dinner and to get ready for our departure tomorrow.
Posted by Adam Hartley (Gnome) at 19:59