We'd decided that we'd all had enough intensive DIY for a while and that today we would head back home. So we were up early and rushing around doing a few final chores before packing up ready to depart. It always takes a remarkably long time to get everything packed up in the car but eventually by late morning we were all set and heading off. The only birds that I'd seen during this process had been the usual two Ravens. We stopped off to pick up some sandwiches and then it was off on the familiar route home. Our journey was uneventful and we arrived back home late afternoon for a most welcome cup of tea and a chance to relax.


Reflecting on my time down here, in February one is never going to get very much bird action but I had at least hoped to see the Hudsonian Whimbrel so I was disappointed to have failed on that front. I did manage to see the Newlyn Glaucous Gull, a couple of Black Redstarts and the usual divers and coastal birds but I'd also not seen the (highly elusive) American Herring Gull nor the Glossy Ibis nor the Marsh Harrier. By way of some compensation however, I got an e-mail from the chaps who run the excellent CBWPS web-site saying that my sighting of the Red-legged Partridge at Marazion was actually something of a rarity down in West Penwith and was the first one for two years. This certainly made it rarer that the Glossy Ibis that I'd been trying for and at least partially made up for what otherwise was a somewhat disappointing birding visit. Still, one can't be too upset - it's always so great to visit this part of the country. We're due back down in a few weeks time to get on with the exterior work should the weather permit. Personally, I can't wait! 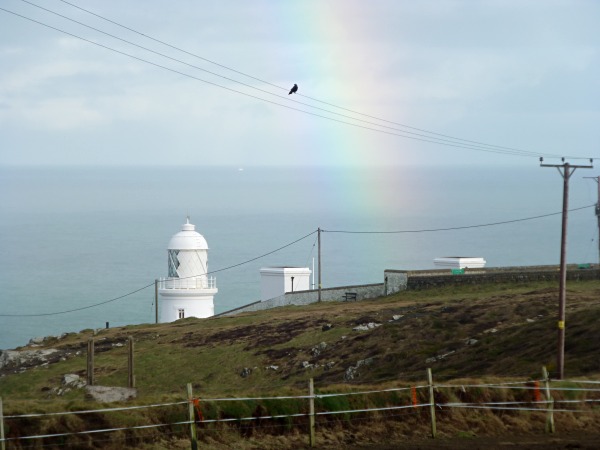