Today was supposed to be a windier day and with the direction forecast as North-westerly I thought that I'd get up early and would give it a couple of house sea-watching down at the Watch. I arrived at about 7:30 where I was soon joined by Colin Moore (who works Nanquidno as his local patch) and then by Dave Parker. The sea-watching was frankly piss poor and in a ten minute sample I reckon that the hourly manxie rate was under 100 per hour. Still the three of us had a good natter about birding etc and I passed an enjoyable couple of hours in their company.


The family activity for the day was a trip to St Ives. Whilst I find the town very pretty indeed, personally I'm not a great fan of the huge crows though the girls all wanted to go shopping and our six-year old son L wanted to go crabbing with his new crab line that he had been given so he and I went off to the pier whilst the others hit the shops. There were a couple of very tame seals down by the harbour wall - I'd read before about them but had not actually seen them before. We managed to "catch" a couple of crabs including one really big one though they dropped off before we could actually get them up the steep and sloping pier walls. Still we were only going to put them back anyway so it didn't really matter and L enjoyed himself. Afterwards, whilst the others went off for tea I passed half an hour sea-watching on the island where there was just a light passage of manxies going by. The only other bird news of note was 4 Sandwich Terns at Lelant Saltings where we caught the Park & Ride train.

There was only some light mothing that evening as we were packing up to leave and there was also the Olympic opening ceremony to watch. 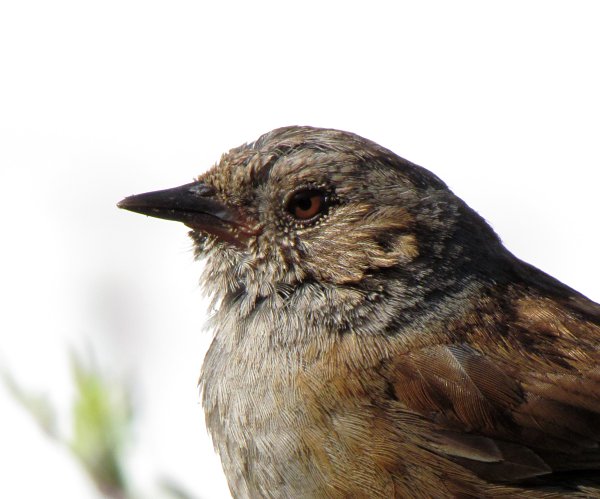 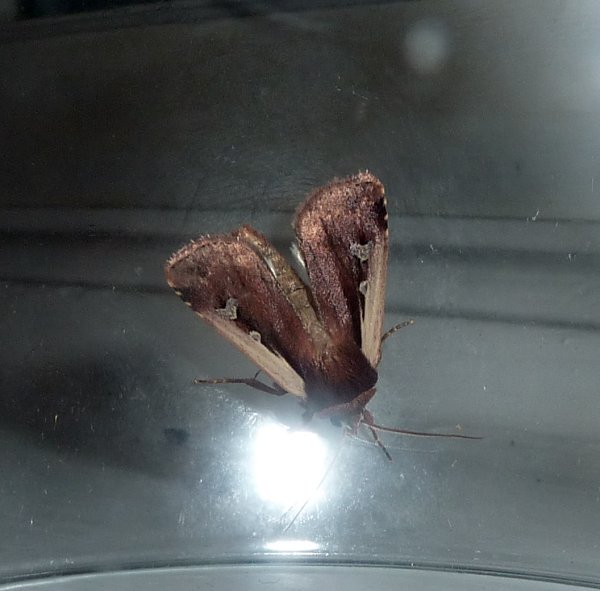 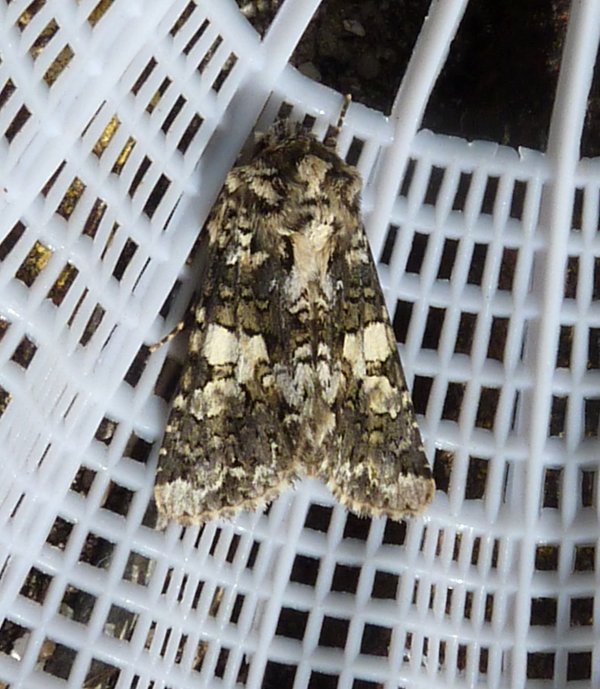 L found this Marbled Coronet in his shuttlecock in the morning