It's been far too long since my last post and far too long since I was last down here in Cornwall. Unfortunately, this is because the cottage has been booked up since Easter for the whole summer with just a week or two free. Whilst this is of course great news from the point of view of letting it's meant that there have been no opportunities to visit my favourite part of the country. Anyway, we thought that we'd better grab at least one week in the summer for ourselves and so have come down for the last week of July.


On the birding front it appears from a distance to have been a very quiet spring in Cornwall. After all the excitment of my last visit what with chasing Night Herons etc. I've been checking on a daily basis what I've been missing down in Cornwall since then and there has been remarkably little. A Woodchat Shrike or two and a few other bits and bobs but I have remained remarkably un-gripped back in Oxford. Of course June and July are very quiet months in any location (apart from Shetland etc.) so I am not expecting much at all whilst down here. In fact what with the terrible weather that has been plaguing the country I was wondering just how much of a holiday it actually was going to be but then low and behold it the first proper summer weather arrived right on cue for our week away. Anyway, least there would be some butterflies to look at and regular readers of my Oxford blog (Gnome's Birding Diary) will know that I've recently got into mothing properly so rather than the occasional Moth du Jour I was hoping for a bit more interesting mothing action and a nice change from the usual Oxford garden moths.


I'm normally used to coming down mid week when there are no problem with the traffic but coming down at the weekend like "normal" holiday makers has proved rather trying. We decided to break the journey up and stop over near Exeter on the way down to avoid everyone else who was coming down on Saturday but nevertheless managed to hit jams both on Friday where we stopped over at Bovey Tracey in Devon and then again on Saturday on the A30 when a caravan overturned and blocked the entire route south. In the end we took a detour via Tavistock which was very picturesque and looked rather "Scottish" because of all the stone buildings before finally arriving at Penzance early afternoon. 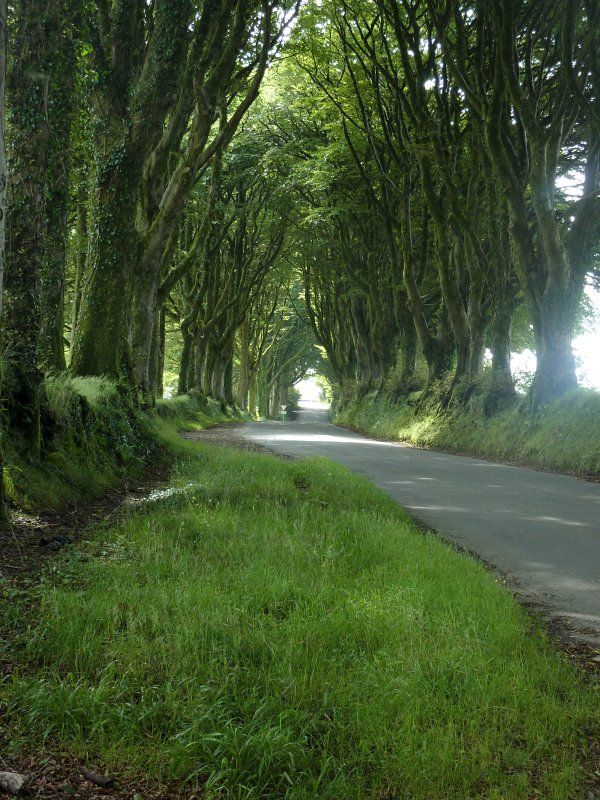 
We had decided that we'd like to go to the Lafrowda festival at St Just which was reaching its climax today. We'd first heard about it from one of our builders at the cottage. He was a German chap who'd met a couple of Cornishmen over in his home country who'd told him all about this festival and persuaded him to come over and check it out. He loved it so much that he's never left and has been here on the Penwith peninsula for the last ten years. Something that good had to be checked out we thought! More traffic jams and queues into St Just though in the end we used our local knowledge and parked in the lay-by at the top of Kenidjack and walked up the hill to St Just. We weren't able to hang around for any of the bands that were scheduled today but we browsed the various stalls, I tried a Tai Chi demo (I used to practise this a few years ago) and saw the parade complete with the fabulous totems that were carried through the streets by the various local groups. These totems were pretty amazing and there was something very stirring and striking about seeing these figures paraded high through the streets to the sound of incessant drumming. 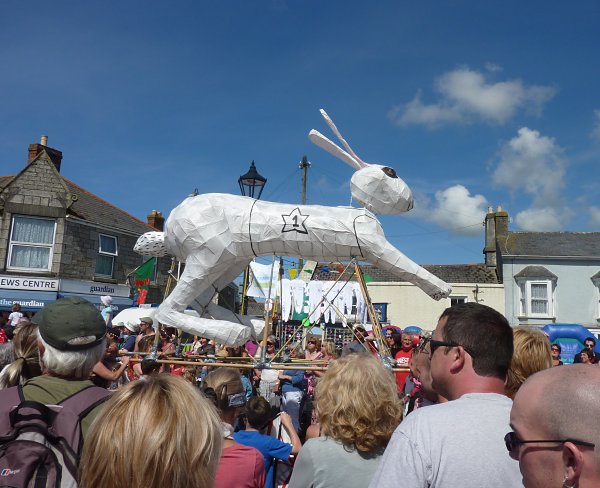 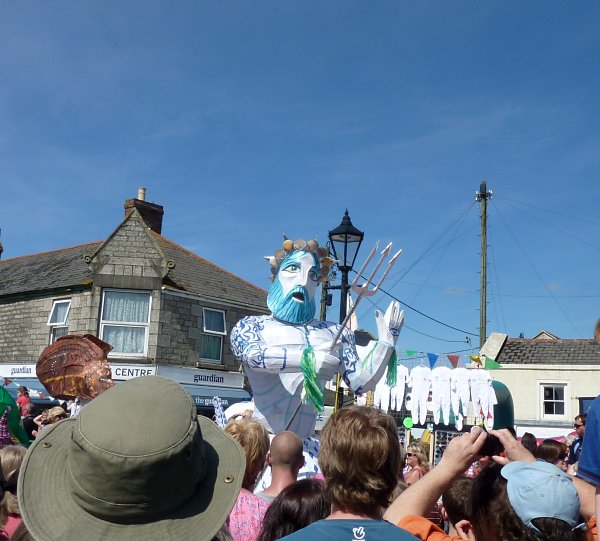 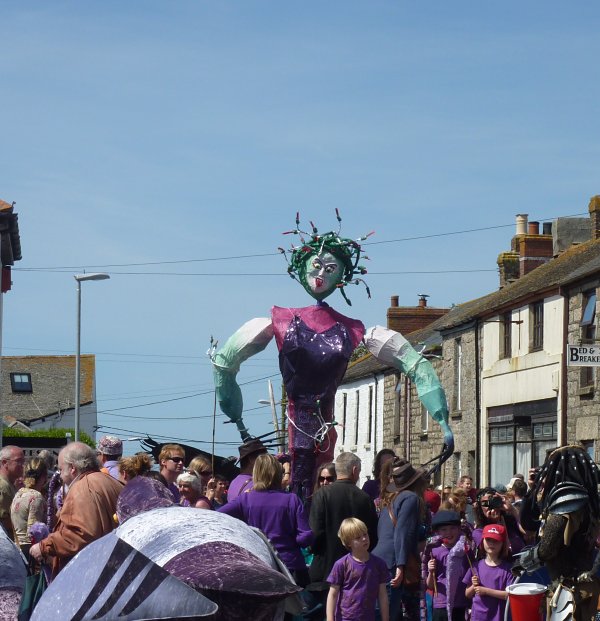 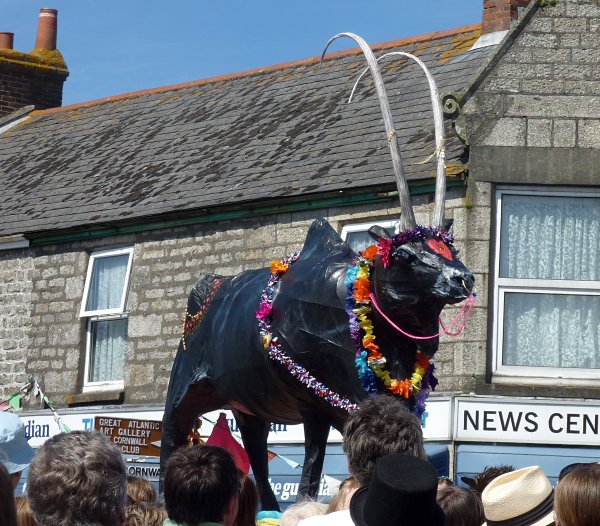 After a while the rest of the family had had enough (though I could have stayed for longer myself) so we headed the short distance over to Pendeen to settle in to the cottage. We went for a quick stroll down to the lighthouse where I spotted some Common Scoter flying by on an otherwise very quiet sea. After nice pub meal at the Radjel (as we couldn't be bothered to go shopping for food) we messed around at Pendeen, photographing the sun set and going for strolls. We managed to see a few very distant dolphins and cirlcling shearwaters which had found a shoal of baitfish. After dark we turned on the "moth light" and I passed a very entertaining hour with my daughters trying to catch moths in one of those little rock pool nets. I'll post more details about what we caught in my next post but it was great fun.


I should warn readers that there probably won't be too much on the birding front for this visit though the wind is forecast to increase later on in the week in which case it would be rude not to try out some sea-watching and you never know, something good could just possibly turn up. Fingers crossed!