Today was a very quiet but productive day - in fact it was quiet throughout the county with little of note on the pager and even yesterday's Garganey had moved on. The weather was beautifully sunny and out of the keen wind it was even warm! Once more I had a lie in and then did my morning rounds about the cottage, this time in the company of Luke who wanted to get out for a walk. There were two Wheatears along the road to the lighthouse today and on the lighthouse itself I found a lovely female-type Black Redstart but apart from that there was little of note. 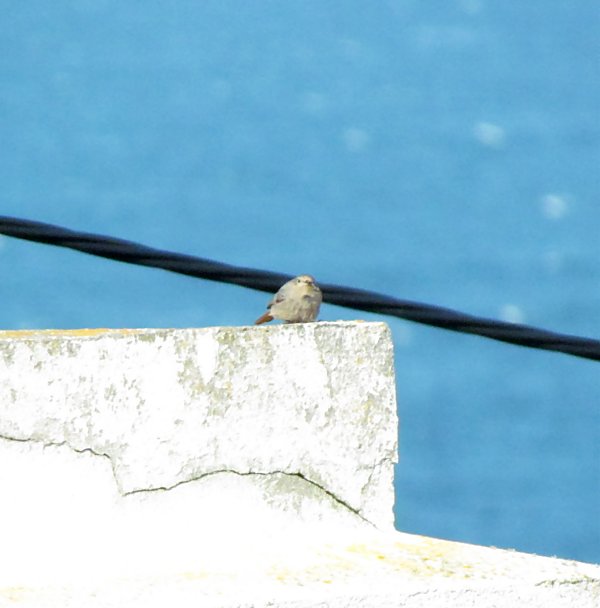 A record shot of the lighthouse Black Redstart


The entire day was spent in painting the outside of the building, at least until the wind strength got up to the point where it was no longer safe to balance precariously on a ladder and try and paint. One benefit of being outside all the time was that one could hear the local birds: 2 Ravens today and 3 Chough were the highlights. After a cup of tea with our neighbours we went for a walk down to Fisherman's Cove (though apparently it's actually called Boat Cove) where I found a lovely Sandwich Tern hunting just off shore. I had a go at photographing it with my Superzoom and whilst the results weren't great you can at least tell what it is! 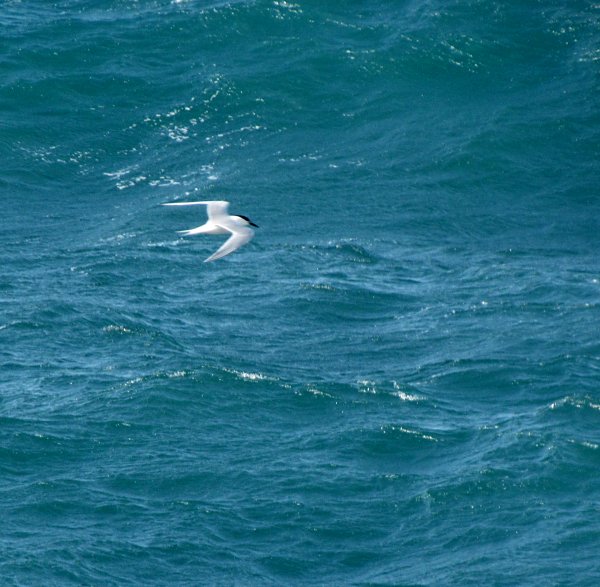 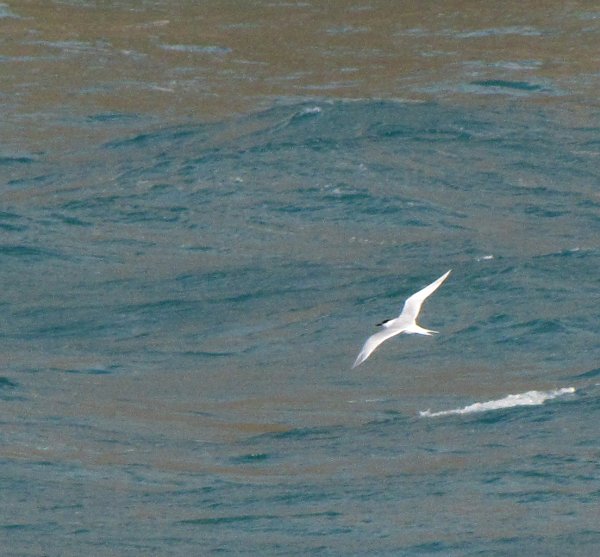