Despite a long and tiring day yesterday for some reason I still woke up far too early this morning. Frustratingly I find that sometimes this pattern is only really broken when I get so tired from the lack of sleep that I go back to sleep after my ridiculously early awakening. Anyway, this morning I eventually got up at around 6:30 a.m. to make a cup of tea and to take a look at the CBWPS web-site to see if there was any additional news. Sadly there wasn't and it rather confirmed my impression of things going somewhat off the boil yesterday with a lot of the birds moving on and not much new in (apart from the Pallas's of course!). Still, onwards and upwards: I was dressed and out loitering by the Old Count House by the time Ian Kendall turned up, this time with Jacquie and their dog Flint as well.. It was very blowy first thing with a stiff north easterly wind making birding very difficult down by the lighthouse. We worked our way back up to the cottage with a flock of 9 Chough in the horse paddock field the highlight before turning off down the coastal path where we'd had our triumph yesterday. The Pallas's Sallow (as it shall now ever afterwards be known) held a single Chiffchaff and Ian winkled out a skulking Blackcap that was "chakking" away in the undergrowth. Usually Ian has to go fairly promptly back to Jacquie each morning but as she was out here with him this meant that there was much more time to bird the patch and we worked it long and hard this morning though with little to show for our efforts. A Water Rail seen in flight up towards White Gate Cottage was a nice sighting and probably the highlight of the morning (apart from the Chough perhaps). Also noted were 2 Raven, 1 Sparrowhawk and 2 Kestrel. 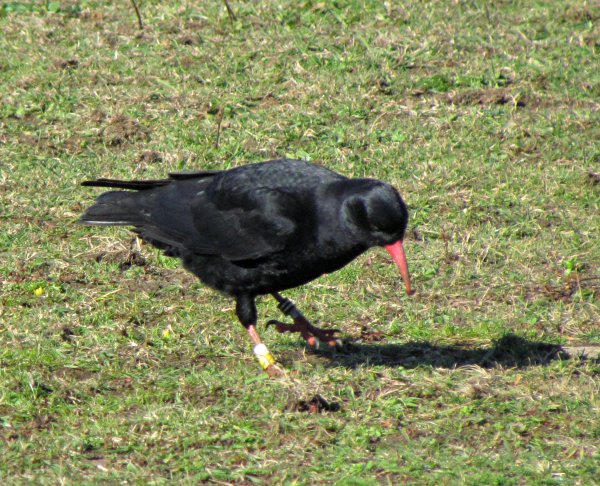 We decided to go up to Calartha Farm Copse today as someone had claimed a possible heard-only of the Pallas's yesterday later on in the day. It's possible of course but with a Yellow-browed also in the copse you'd have to hear it pretty well to be sure I would have thought. Anyway, we gave it a good grilling in difficult windy conditions and once we all thought we heard a Yellow-browed call though it only did so once and given the tricky conditions we decided not to put it out. Apart from that there were just 4 Goldcrests to show for our efforts there. On the way back down whilst scanning over towards Manor Farm, Ian thought that he saw a very distant bird in flight that just might have been a Richard's Pipit. Far too far to even claim as a possible though but it was intriguing.


Back at the cottage we parted company and I went inside to have a well-earned mid morning cup of coffee and a toasted tea cake. After all we'd been out scouring the area for about two and a half hours there. I'd not run the moth trap last night as it had been too windy so there was no trap to check. Instead I decided to head back out to scour the fields up by Manor Farm to see if I could find this possible Richard Pipit of Ian's. I checked all the fields there but all I could turn up was a Wheatear.


By the time I'd got back to the cottage the wind had started to drop quite significantly and with the sun fully out suddenly it had got really nice. "What to do with the rest of the day?" I pondered. RBA had been depressingly quiet all morning, sadly confirming my "off the boil" theory - in fact it seemed really dead. The highlight had been a message that had come through about a Corncrake at Land's End. This turned out to be P&H who had flushed it from the cycle track but despite seeing exactly where it landed couldn't find it again. Still, a fantastic Cornish tick for them - Ian and I were suitably gripped! Apart from that there'd been almost nothing of note. After some consideration, in the end I decided to go and check out the Land's End Rose-coloured Starling as I'd not yet seen it and by all accounts it showed very well. Also, now that the wind had dropped I wanted to try Calartha Farm copse again to see if I could firm up the Yellow-browed. With a plan now in place, I knocked up a quick packed lunch and headed out the door. Up by the copse I met up with Tony Mills and another birder who were already checking it out. I told him what we'd heard and as he was already there I left him to it, instead opting to try the Pendeen stores copse and the Pendeen churchyard. In the now calm conditions the birding was so much easier but even so the best I could manage was a few Goldcrests in each location.


After that it was on to Land's End. I parked up opposite the Treeve Moor entrance and ambled down in sunny and calm weather that was now bordering on hot . The Complex there is a rather unpleasant and frankly tacky place in my opinion but the Rose-colour Starling seems to have made itself very comfortable there. It was outside the bakery with a hoard of his commoner cousins all feasting off dropped pasty crumbs. There was even a dog water bowl to wash it all down afterwards and to have a wash and brush-up. With all it's needs catered for I could well imagine it hanging around for some time to come. 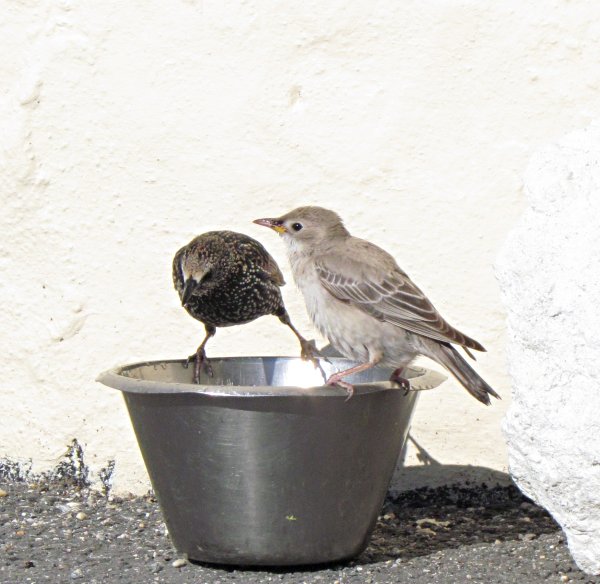 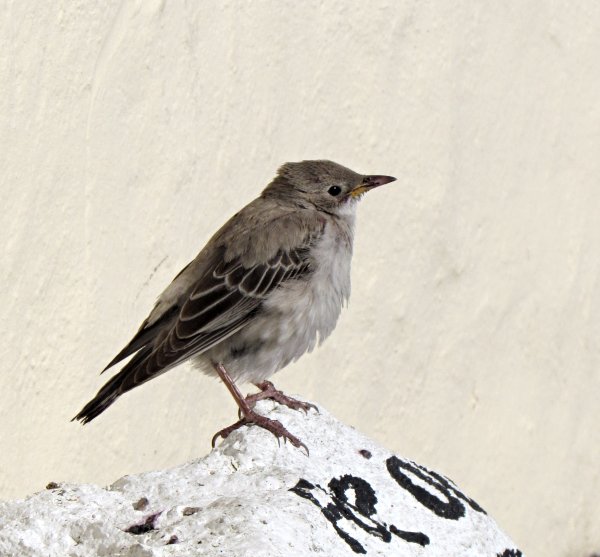 After that I checked out the Sallows below the car park to no avail and then decided to do a bit of the cycle loop. I wandered as far as Trinity Pool munching on my packed lunch as I went with 6 Stonechat, 1 Raven and a flock of 8 Curlew to show for my efforts. I did heard a Bunting call once as it flew over my head but never saw it and the best I can say is that it may well have been a Lapland though on a single hearing I'm not even putting it down as "possible".

I was starting to feel rather tired now. I'd been birding more or less non-stop since first light and by now I was starting to flag. I decided on a quick check of Treeve Moor since I was there and then to go and find some refreshment. The Moor was virtually birdless so it was back to the car and then off to PZ where I had a nice pot of tea and some cake in Sainsbury café, sitting outside in the sun. I checked through RBA as I sat there - North Norfolk seemed to be where it was all happening at present and Cornwall had gone really quiet.

After my refreshment I was in two minds after that whether to visit one more spot or to head back to the cottage. In the end tiredness won out and I headed homewards to relax. At last light a text came through on RBA of two Spoonbills heading north past Sennen Cove so I popped outside on the off chance that they might continue up as far as Pendeen though it was getting rather dark by now and there was no sign of them in the good twenty minutes that I gave them.

So a long and tiring day with little reward for some hard birding out and about but some crippling Rose-coloured Starling views to compensate. Let's hope that some of those Norfolk migrants start trickling down here in the next day or two!