I was due back down in Cornwall for more work on the cottage so on Friday I set off from Oxford mid morning and headed west. This time I thought that I'd stop in at Davidstow Airfield, partly as though I'd heard much about it and its ability to bring in rarities I'd never actually visited and partly as there were currently two dotterel and a buff-breasted sandpiper in residence.

When I arrived it was rather overcast and gloomy with occasional brief showers. I pulled off onto the end of the main runway and a quick scan found a flock of about 10 ringed plover with one dunlin. I wondered how one was supposed to bird this location and had naively assumed that one parked up and scanned with a scope though his did make me wonder how people got such good photos from their cars at close quarters. I then saw a car on the airfield in the distance and realised that the answer was that people just drove around in their cars until they found something. I decided to follow the other car and this turned out to be a good plan because it ended up next to another car whose occupants were watching the two dotterel at close quarters. 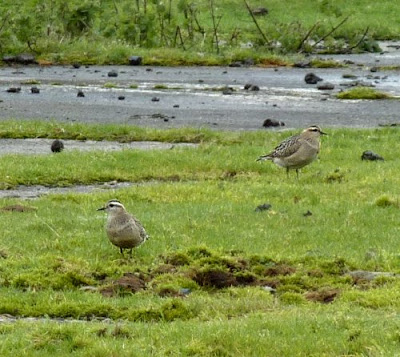 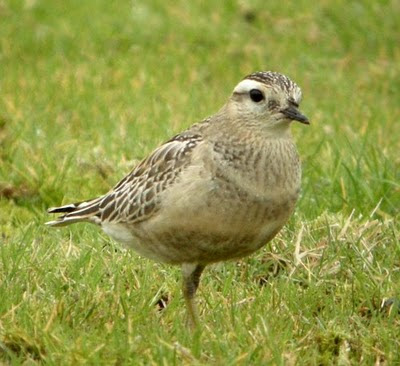 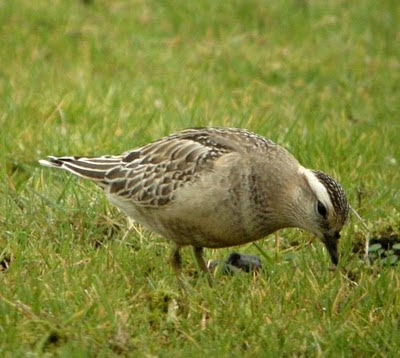 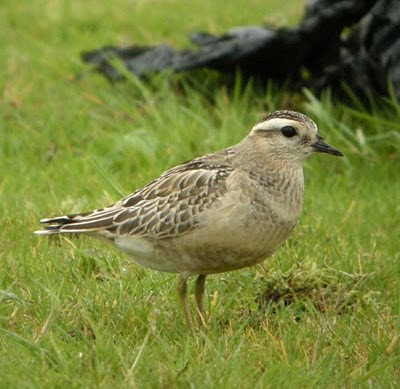 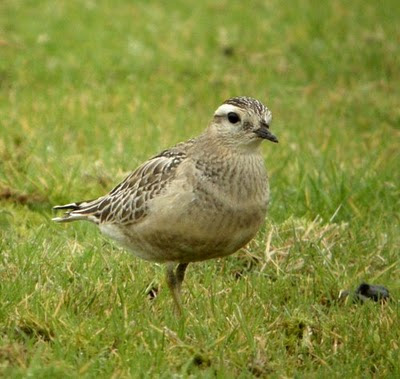 Hand-held digiscoped dotterel.
There were also loads of wheatears around as well as some pied and white wagtails, meadow pipits and linnets. Despite searching for some time and asking other birders there appeared to be no sign of the sandpiper so I headed on to Penzance.

When I arrived I thought that whilst it was still light I'd head straight over to Treeve Common near Sennen/Land's End to see if I could find the red-backed shrike that was there. Whilst it was nice and sunny down there there turned out to be a very strong northerly wind and all the birds were hunkered down out of sight and there was no sign of the shrike. So I headed down to Pendeen and checked in at the Watch for half an hour though nothing went through apart from a couple of manx shearwaters. Then it was off to unpack the car, "boot up" the cottage and go and get some food for the weekend. 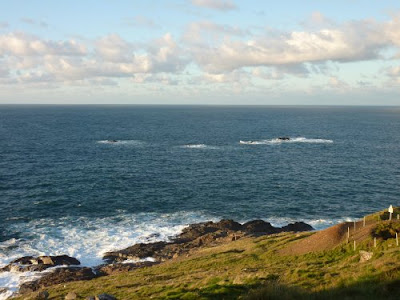 The Wra from the watch, bathed in golden sunlight.
Shame about the lack of birds though.
Posted by Adam Hartley (Gnome) at 09:16