The next morning I got up early and went back to spend an hour checking 60 foot cover some more for the warbler but without any luck. Back at the cottage I finished off sorting out the bookcase and then it was a day of family activities around the cottage and later in Penzance. We had lunch by the beach at Marazion and I took the opportunity to do a bit of digiscoping of the ringed plovers and dunlin on the beach though the light wasn't that great. 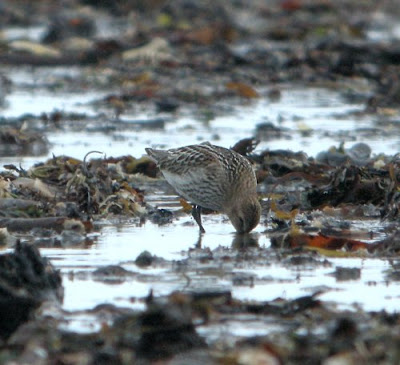 A juvenile dunlin having a good probe... 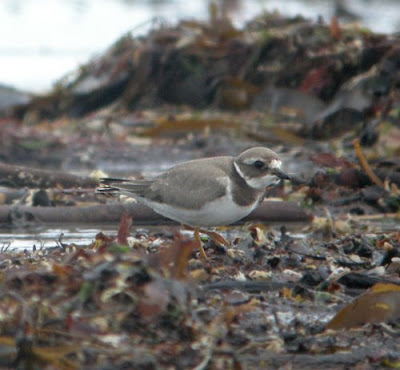 ...and a juvenile ringed plover foraging
That afternoon it was rather frustrating to get regular Bird Guides text messages about how well the melodious warbler was showing at Porthgwarra albeit in a different location from before. A juvenile buff-breasted sandpiper had also appeared at Davidstow airfield though that was perhaps an hour away from Penzance. Unable to get out birding at all, we had a pleasant enough family afternoon in Penzance and L and I checked out the harbour's boats and looked in the rock pools whilst the others did some shopping.
Posted by Adam Hartley (Gnome) at 14:22