Today was a bit of a wash-out. It was only moderately windy but it poured with rain all day. With little prospect of doing much outdoors in the end we elected to partake in that great British tradition of driving somewhere to look at the sea from the comfort of our car. I chose Sennen Cove where we parked right down by the harbour and spent some time watching someone daring himself to walk out along the small harbour wall despite the waves crashing over it. In the end sense prevailed which was just as well... 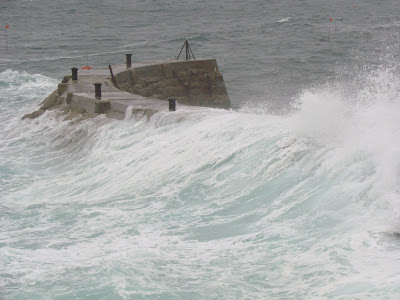 I'd chosed Sennen Cove partly because a couple of first winter yellow-legged gulls had been reported there this morning but all I could find was a first winter Med. gull. 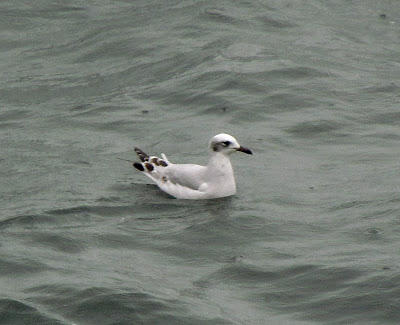 Later that afternoon when the rain finally lifted we headed over to Penzance so that Luke could choose something from the Pirate gift shop as promised. There were no purple sandpipers on the harbour walls though I did find a few turnstones on the jetty. 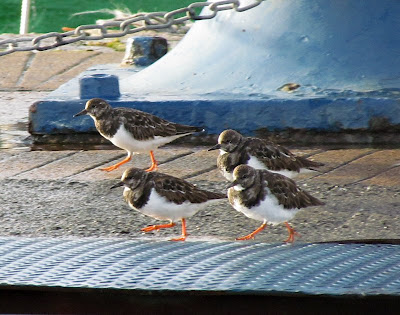