As I mentioned yesterday, I'd decided to head off home a day early due to the continuing high winds. Also my VLW was getting a bit fed up with having to hold the fort without me and had hinted that an early return might be appreciated. I'd scoured RBA the night before for something to stop off for and a Short-toed Lark at Portland Bill had caught my eye. It had been there a couple of days and was apparently showing very well on and off on a path right next to the Observatory. I've only once ever been to Portland years ago to try and see a Balearic Shearwater for the first time. I only had a very crappy little scope and if I recall the trip was a bit of a failure and I didn't really see anything. I therefore felt that it would be interesting to explore there a bit more even if the Lark wasn't about. I'd set up my phone for RBA Scarce+ alerts from Devon and Dorset so that should something more tempting turn up en route then I could divert to that instead. Fortunately the Lark came up as still present just before I was about to leave so duly encouraged I set off just after 8am.


I'd just stopped off at Hayle to buy some lunch when I got a text from Dave Parker saying that there was a Barnacle Goose in the NW arm of Drift Reservoir. I cursed inwardly: this was the one common goose that I still needed for my Cornish list but it would take more than an hour from where I was to get there and walk down to the NW arm and then get back to where I was at Hayle. I decided to leave it and continue with my original plan.


The journey was uneventful though rather long, so I that I arrived at around midday at the Portland Bird Observatory. There'd been ominous radio silence on the Lark front from RBA but having read up Sean Foote's excellent blog, I knew that it was often flushed from the path but could very well return to it later. I nipped into the Obs to find the latest news ("still about as far as I know" I was told) and to get some directions. The path was literally right next to where I'd parked and I walked up it scanning ahead carefully. Near the top a flock of Larks flew up from a neighbouring field, flushed by some birders there. There was clearly a smaller one in amongst them with no trailing white edge to the wings. Nice but not the views I was hoping for. At the top of the hill I found out from other birders that it had been on the path about ten minutes earlier giving crippling views (of course) but had then been flushed as the path was in regular use.


A short while later another small flock of Larks came by a flew around a bit. Once again I could pick out the smaller Short-toed which seemed to be rather aggressively chasing one of the Skylarks. A few minutes later someone whistled from the top of the path that they'd had the bird. I hurried over to find that, sure enough, there it was feeding away on the path again only some twenty yards away. There were only half a dozen of us there looking at it and we all set about scoping it and trying to photograph it. However, for some reason one chap took it upon himself to start creeping down towards it next to the path and sure enough he eventually flushed it, much to everyone's disgust. I'm not quite sure why he did this  as he didn't even have a camera. Still I'd got nice views and some reasonable photos. I wandered back down the now-Lark-free path to the car to pick up my lunch. 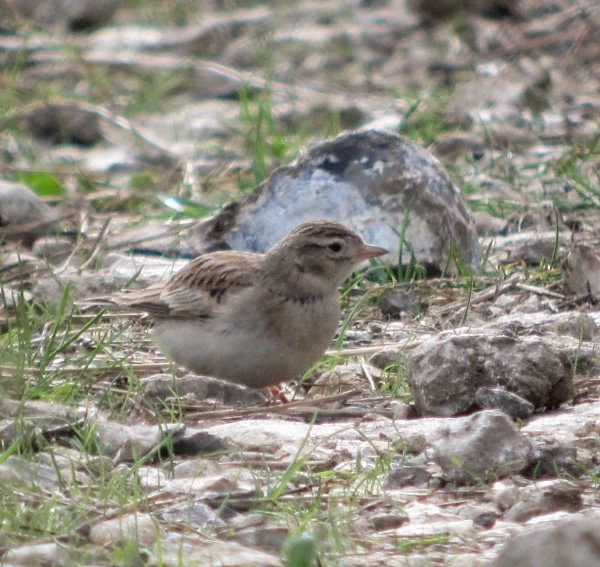 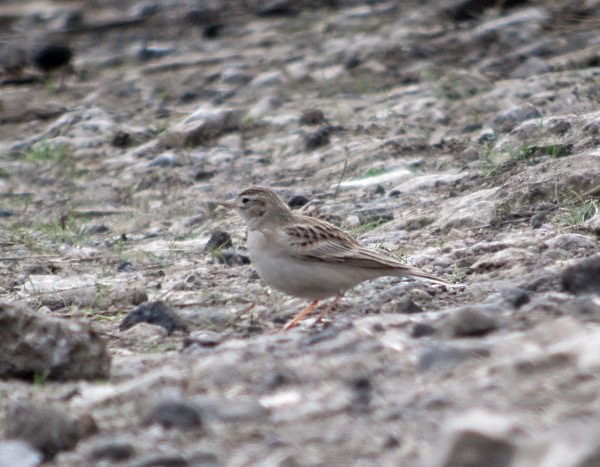 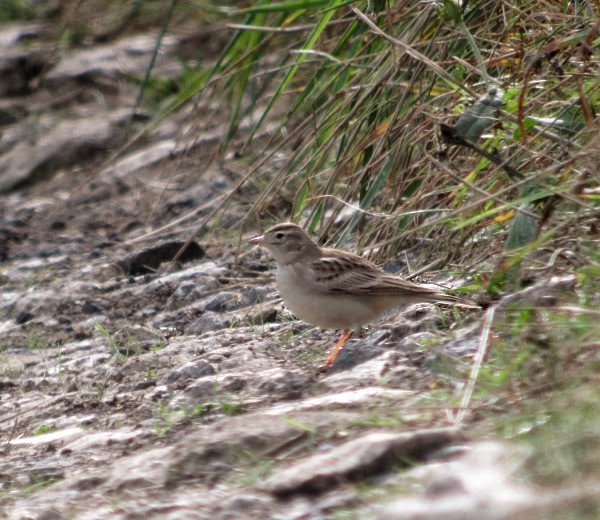 Next I thought that I'd wander over to the Observatory to see if they had any good moths on show. It turned out that they'd had nothing special but I was free to rummage through the egg boxes in the big plastic bucket if I wanted. This I duly did and came up with a couple of moths that I didn't immediately recognise and so photographed for ID'ing at home. 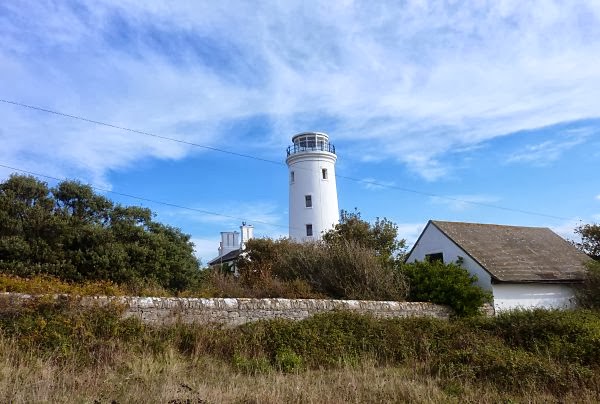 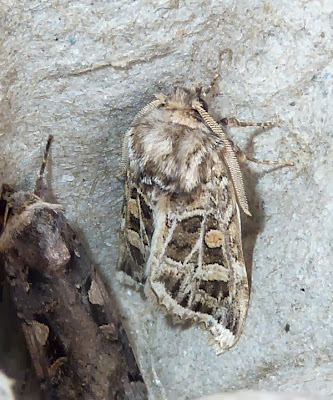 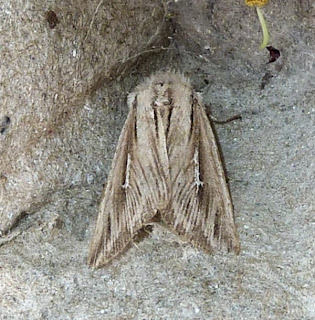 
After that I went back to see if the Lark had returned yet. Still no sign though I did find a Wheatear passing through. From my vantage point I saw a bunch of people scoping the Observatory Quarry so I went over to see that was going on. It turned out to be a coach party of enthusiastic club birders all looking at one of the resident Little Owls which was hiding deep in one of the cracks in the stones. As I wandered back towards the Lark spot for one final look a couple of them started shouting out "what's that bird in the bush there". getting rather animated about it. In the end I had to put them out of the misery and tell them that it was a Linnet.


Back at the Lark location there was still no sign of it so I would have to settle for my one set of views. As time was marching on I climbed back into the Gnome mobile and headed north back towards Oxford. It had been a very successful stop-off though with three hours of driving ahead of me still I needed to press on. 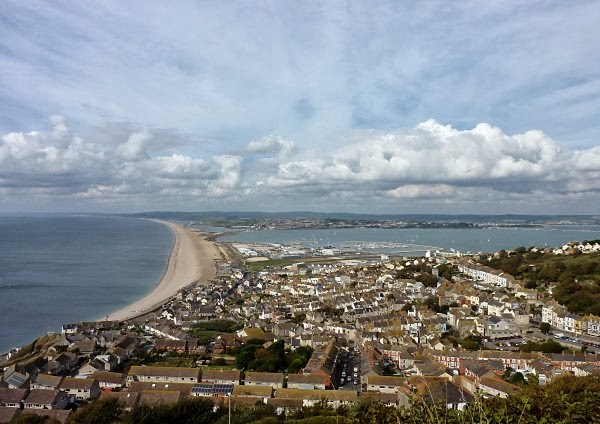 Portland, with the harbour, Weymouth, Wyke Regis and Chesil Beach in the background

I arrived back without incident into the bosom of my family at about 5pm for a most welcome cup of tea and a chance to catch up on the family news.
Posted by Adam Hartley (Gnome) at 13:35