I was up with the lark this morning. In fact I woke up ridiculously early again. I sometimes get into a cycle of waking up far earlier than necessary (often when there's some exciting birding to be done) and it then takes a while before my system gets back to normal. Anyway, I did the usual rounds of Pendeen, today in the company of Ian Kendall. With the wind having increased and shifted to north westerly it was noticeably quieter with hardly any birds to be found at all though the Snow Bunting was still on its favourite bitnof path and there were three Wheatears and a Raven knocking about. Even the Meadow Pipits seemed to have buggered off - it was all rather bleak if truth be told.


After breakfast it was once more off to Hayle estuary to try for the Osprey yet again. I'd been told that mornings were generally much better so today I made sure that I arrived in good time and sure enough within about half an hour the Osprey duly arrived and spent the next half an hour hunting the length and breadth of the estuary - the tide had just turned from high so there was lots of water. It was great to be able to watch it hunting in the bright sunshine. Also present on the estuary were a couple of Med Gulls, the dark-bellied Brent Goose, 2 Greenshank new in and a female Pintail. The Stilt was apparently still there on Ryan's Field though I didn't bother to go and take a look. Whilst there I bumped into the "Paranoid Birder" from Oxfordshire, down for a few days with Mrs. Paranoid - it's a small world! 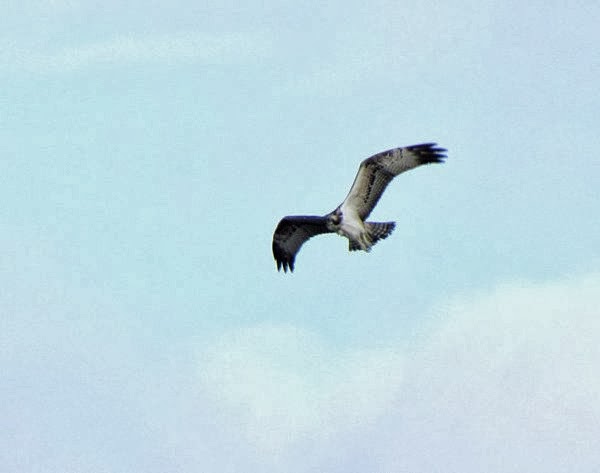 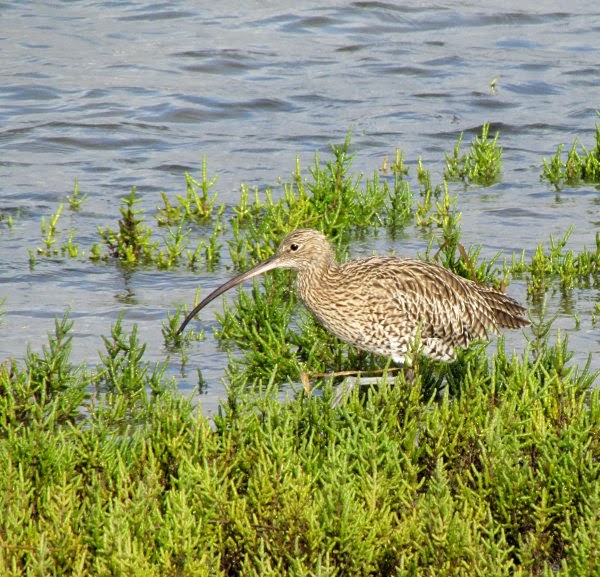 After finally having got my Cornish Osprey tick I went back to the cottage for a celebratory cup of tea and to check out the moth trap though apart from a couple of interesting micros that I still need to ID there was nothing of note.


Next on the agenda were some Hawk Moths: RBA had reported that a couple of Death's Head Hawk Moths had been trapped in Cot overnight and were on display there. John Swann had also texted to say that he'd caught a Convulvulous Hawk Moth and that he would keep it so that I could take a look. With nothing else to tempt me I thought that I would take the opportunity to lose my moth twitching virginity. Thankfully as I was driving into Cot I met up with Phil and Hiliary who told me where the moths were as otherwise I would never have found it. Whilst wandering around looking for the right location I heard a "buzzy" pipit call as it flew overhead - it was either a Tree Pipit or an Olive-backed though I never saw it. Using the guiding principle of it's more likely to be a Tree in September and an Olive-backed in October, it was certainly interesting though I guess that we'll never know. Anyway, the moths were awesomely huge - far larger than I was expecting. I'd heard that Death's Head Hawk Moths sqweaked if you prodded them so I had a go and indeed it did! They'd also caught a Convulvulous which they'd put on a wall near by so I took a look at that too. 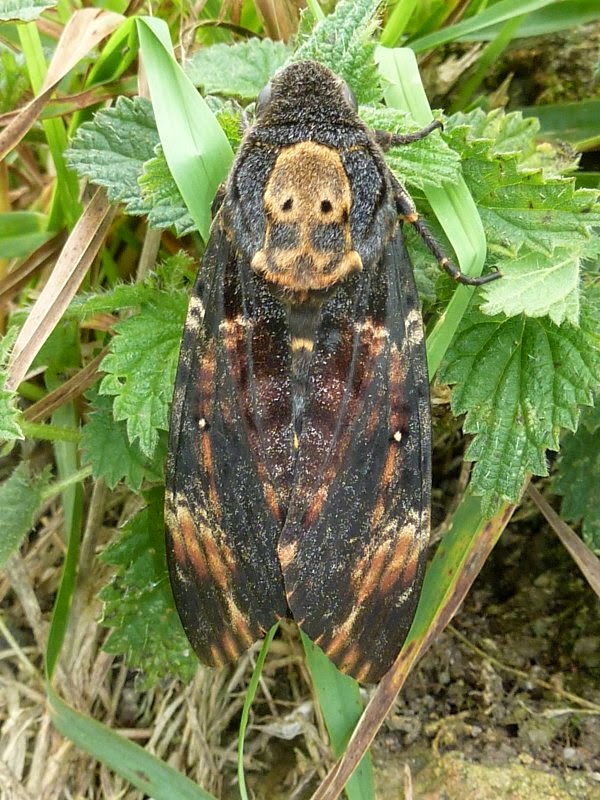 This picture doesn't convey just how massive a beast it was... 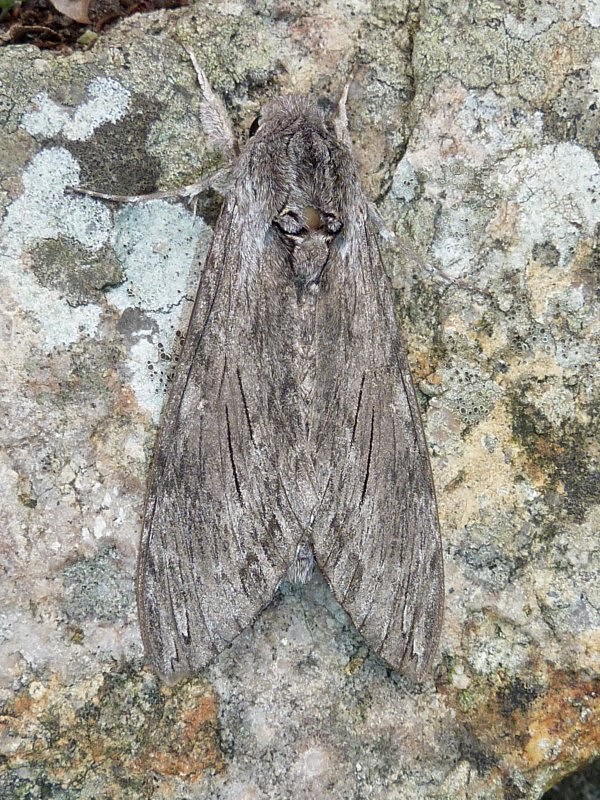 ...and the Convulvulous was pretty big too


With my first moth twitch under my belt it was back to St Just to pick up some lunch, a quick wander down Kenidjack as far as the water treatment works whilst I ate it (I didn't see anything at all) and then back towards Pendeen. I stopped off at John Swann's house to have a quick cup of tea and a natter and to check out his Convulvulous Hawk Moth - I really was being spoilt on the Hawk Moth front today! 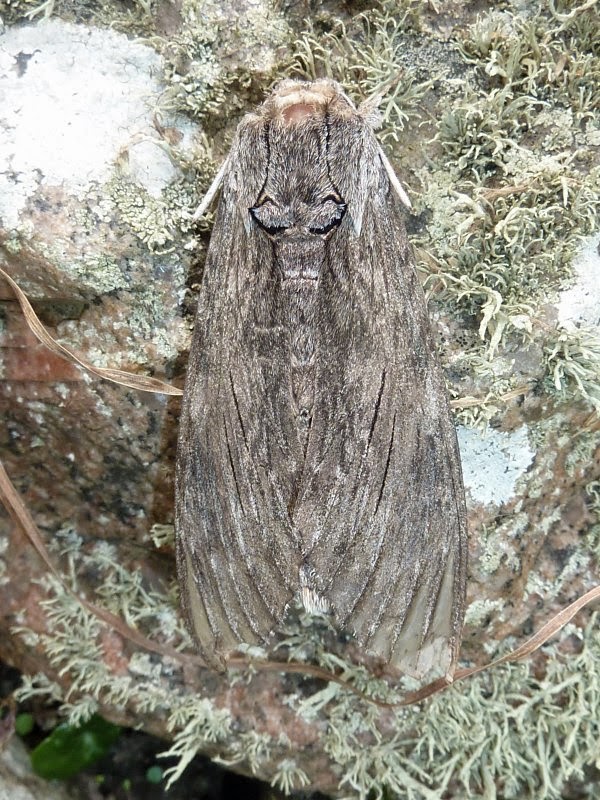 John reckons that both today's Convulvulous were females - the males are more richly marked.


Then it was back to Pendeen, stopping off to check out the Calartha Farm copse which had quite a lot of birds in it today though nothing of note. The afternoon I spent in doing some DIY and then I wandered down to the lighthouse for an hour's seawatching though I only had a single Balearic to show for my efforts.


With the forecast for more notherly winds over the next few days I'm wondering what affect this will have on the birding. It can be rather bleak and depressing when it's very windy - all the birds hunker down or just bugger off altogether. Ian K was saying that in the past he's found that Yellow-browed numbers actually go up with northerly winds and there did seem to be a flurry of reports on RBA this afternoon. We shall see. I may try some more sea watching tomorrow morning if there's nothing else of note to tempt me.