That Was the Trip That Was

Well, that was my October Cornwall trip for this year. All in all I have to say that I'm very pleased with it. I'm glad that I came down when I did as there was a good selection of nice birds on offer and I managed (eventually) to see all of them apart from the Lesser Yellowlegs (which would have been no more than a Penwith tick for me anyway). The highlights of the trip for me were the Pendeen Daurian Shrike, the Hayle Black-winged Stilt, Western Bonelli's Warbler, American Golden Plover, Wryneck the Hayle Osprey, not forgetting of course the en route birds, namely Red-breasted Flycatcher, Red-backed Shrike and Short-toed Lark. There was also a supporting cast of Spotted and Pied Flycatchers and Firecrest. I managed four ticks for my Cornish List this time: the Shrike, the Bonelli's, the American Golden Plover and the Osprey so it's moving along slowly but steadily. Interestingly enough I never actually got to see or even hear a Yellow-browed Warbler whilst down here this time though it wasn't a very high priority for me, especially since I'd managed to find one back in Oxfordshire on my patch a few days before. It was a shame that the winds picked up half way through which rather put an end to the birding but at least it wasn't windy and birdless the whole time. So not a legendary trip down but plenty of birds to keep one interested.


There are a few other items to mention. Firstly, astute readers amongst you might have spotted my ID faux pas from my Nanquidno visit. Here's another shot from a more useful angle. 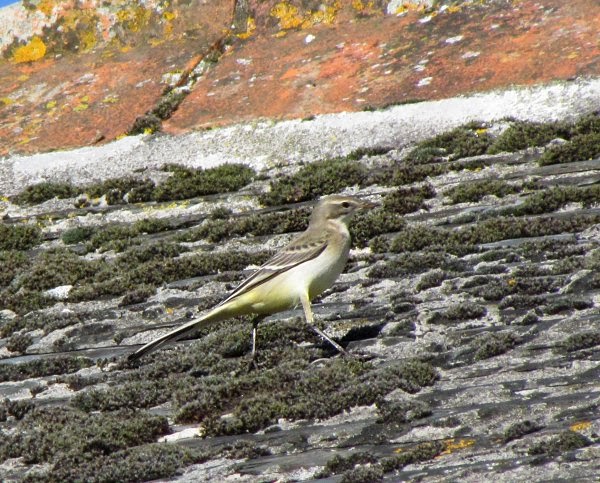 It it of course a Yellow Wagtail rather than a Grey as I'd originally stated though at the time it's long tail length and the fact that it was on a roof caught me napping in thinking that it was a juvenile Grey. Yellow is not that common a bird down on the Penwith peninsula so a rather nice find even if my brain was asleep when I first saw it.

I'd mentioned that there were a few outstanding micro moths to ID. At the risk of boring all but the most dedicated of moth'ers the missing moths were:


One of the aspects of this trip that I'll take away with me has been the social aspect of the birding: it was great to catch up with everyone down here and really added to the whole experience. As you may have noticed, my brother-in-law never came down in the end so it was just me rattling around in the cottage. Not that I really mind being on my own but the fact that there were a lot of people down here that I know meant that it wasn't an issue at all.


So finally we come to the coveted "Bird of the Trip" award and there are no surprises that it's going to go to the wonderful Pendeen Daurian Shrike - it truly was a beautiful bird. Special mention should also go to the Bonelli's Warbler simply for being so hard to get. This of course made the eventual sightings all the sweeter. Since my brother-in-law didn't come down I wasn't able to do half the DIY tasks I wanted to which of course means another trip down in the near future. I can't wait! 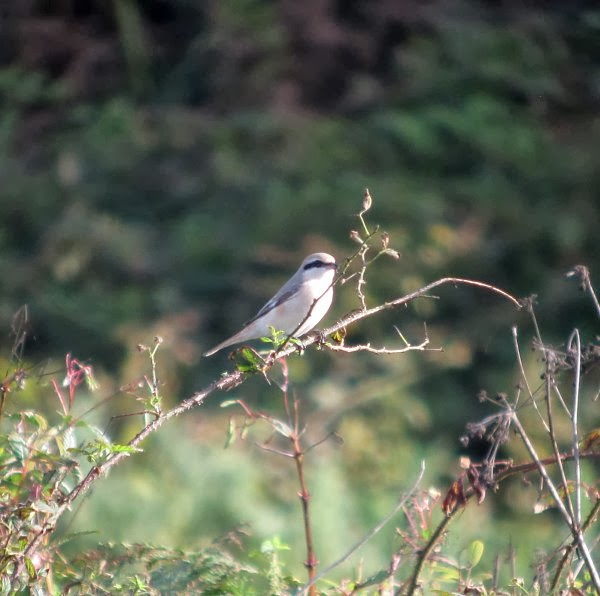 The Bird of the Trip, the stunning Daurian Shrike at Pendeen.