There's no denying that things have got quiet again. After the flurry of good birds that fortunately coincided with my arrival last Saturday, as the week has progressed there's been little of note around. Not that I was complaining in particular: I was pleased to have seen the good stuff earlier on, but it meant that it was harder to decide where to bird with no obvious targets to chase. Today when I looked out of the window first thing, there still seemed to be a good wind, just west of north-westerly so I naturally starting thinking of Pendeen again. I had some minor decorating chores to do first but once I'd done them I wandered down to the Watch to see what was about. Unfortunately, in that short time the wind had dropped significantly and I arrived to find a few birders who reported that hardly anything was going through. I put in a token half an hour during which time a Bonxie, 3 Common Scoter and a couple of Shearwaters was all that I could muster.


After that it was a question of deciding where to bird. I started with my local "patch" at Pendeen: Calartha copse held 3 Goldcrest and 1 Chiffy; the Boscaswell stores copse had the Pied Flycatcher still as well as 2 Goldcrest and 2 Chiffies and the churchyard had a single (normal) Coal Tit. 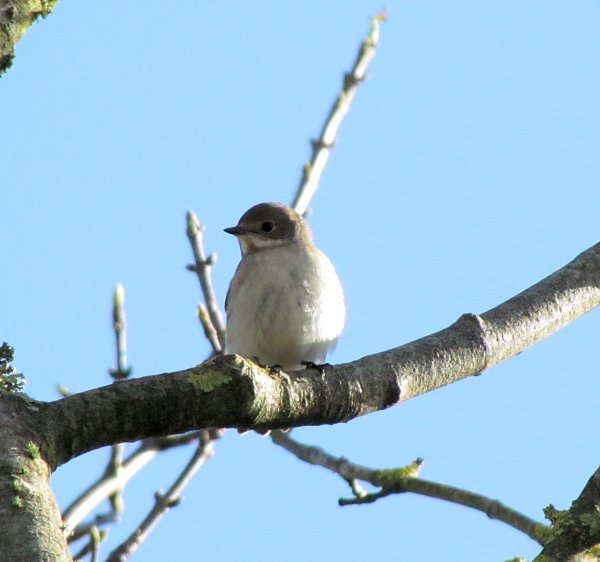 
After that I decided that I didn't fancy yet more valley birding and those areas would be well covered by others anyway. Instead I elected to explore some of the areas I was less familiar with. I started off over towards Sennen with the footpath between Escalls Chapel and Trevorian Farm, walking over to Trevear Farm and back again. Plenty of Mipits, Skylarks, one Snipe and a Wheatear on the farm building were all I could muster.


Next over to Brew Pool, where there was no sign of the Glossy Ibis that had been reported earlier. I walked up to the pool and had a wander around but there was nothing of note. I picked up a sandwich in Sennen and then drove on to the Land's End area. A wander around Treave Moor found 1 Buzzard, 1 Sparrowhawk and a few Linnets. I did spot a small rusty-brown moth fluttering around which I wondered if it might be a migrant Rusty-dot Pearl but unfortunately it never settled. 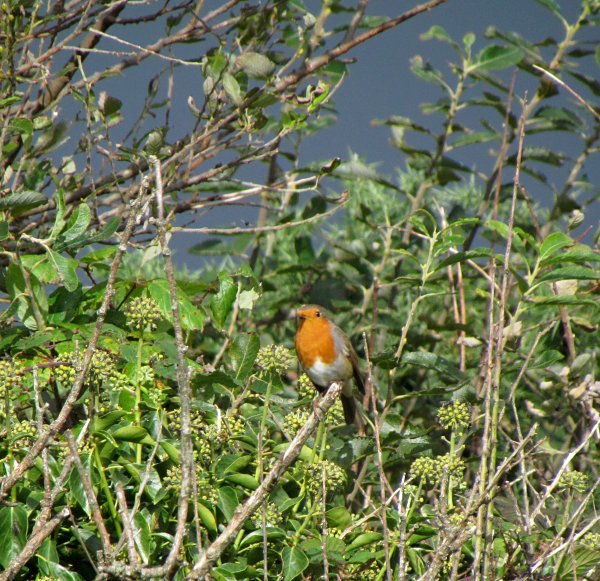 Treave Moor Robin _ I took this because of the contrast between the
lead grey sky and the brightness of the robin
At Land's End I wandered along the cycle track seeing only 1 Kestrel and a Dunnock for my troubles and I got a good soaking to boot in a real cloud-burst though thankfully it quickly subsided. Below the car park I found 3 Chough, and a handful of Chiffies. It was all very hard work for no rewards. By now the latest rain shower was starting to look more threatening so I headed back to the car and drove to the Little Apple Café in Trevescan, gaining its shelter just before the heavens opened once more with a proper thunderstorm. I enjoyed a hot chocolate, some cake and a chat with the proprietor inside whilst the rain rattled down on the roof. Eventually, it eased enough for me to run back to the car and drive back home. 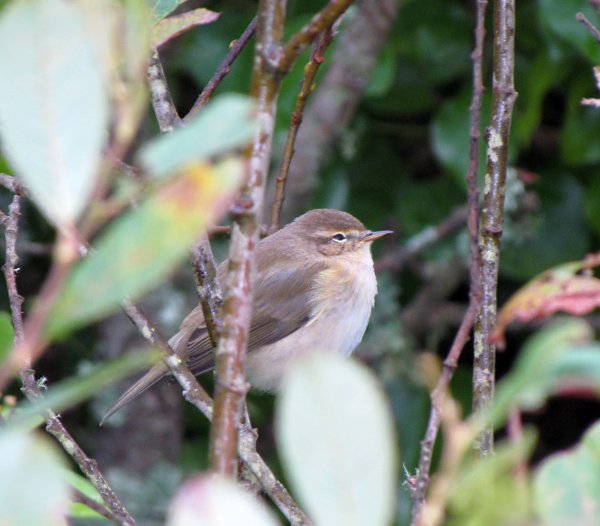 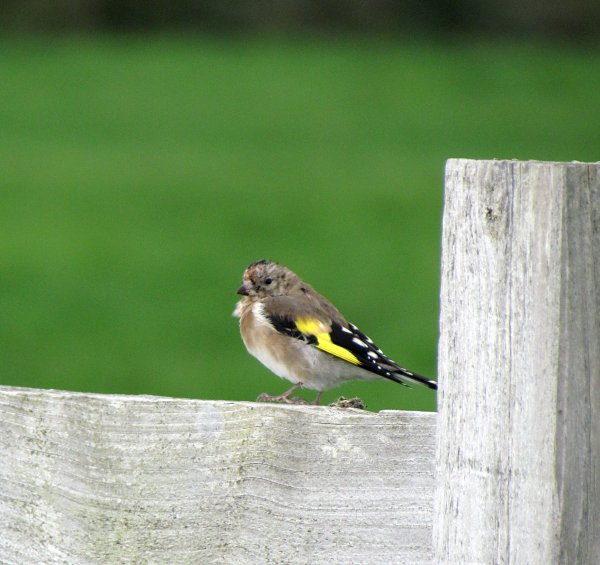 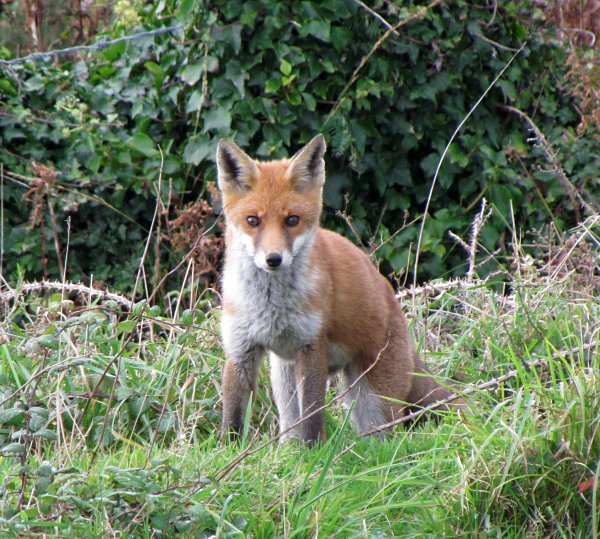 I was back at the cottage, thinking about what to have for dinner when an RBA text came through reporting some Firecrests at Penberth and St. Levan. However, tacked onto the end of it was "a Stint sp. at Marazion at the mouth of the Red-River". I called Dave Parker who knew nothing about it. As it was close to getting dark I realised that I couldn't wait for him to check it out but instead would have to drive over so off I sped. We rendez-vous'd by the estuary but the only thing we could come up with was a 1w Common Gull by the river mouth and a couple of Barwits over by the Godolphin hotel. Oh well - you've got to check these things out. I went back home, did some more decorating chores and started packing for my departure tomorrow. It had been a day of little reward on the bird front though I'd enjoyed exploring some different areas in more detail. 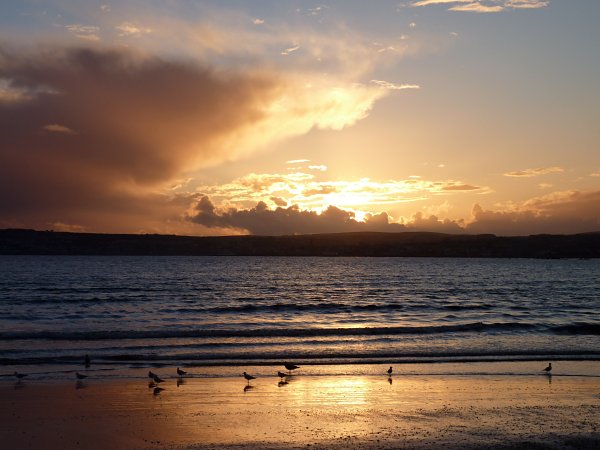