Once I'm back home I always like to reflect back on my Cornish trips, to savour once more all the highlights and to ponder whether I might have done anything differently for the low points.


The first observation is that Cornwall seems to be having a rather quiet autumn so far. Sure, there's been the usual autumn birds turning up but, to me at least, not in the usual numbers.Talking to some of the visiting birders who'd been down there for several weeks such as Lewis Thomson, he'd said that the previous week was very quiet. It seems therefore that I did happen to jam in on a brief purple patch lasting a few days though this actually kicked off the day before I arrived with the 7 Red-rumped Swallows which annoyingly didn't hang around for me. On the Saturday a total of 15 Glossy Ibis turned up with at least a few of them staying all week. On the Monday there was of course the White's Thrush and the Paddyfield Warbler, the latter staying for a while. Tuesday saw the arrival of the Olive-backed Pipit and a Great White Egret. Wednesday brought in an Ortoland Bunting and Thursday was the first of quite a few (mostly heard-only) Red-throated Pipit records. So all in all there was quite an influx of good birds during my week. There were also long-stayers which hung around such as the Davidstow Buff-breasted Sandpiper and the Housel Bay Red-backed Shrike.

So, let's get down to some good old-fashioned lists 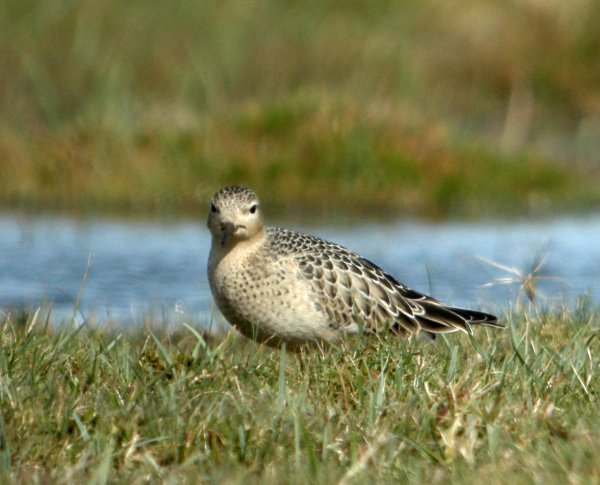 
So all in all, not a huge list but I'm very pleased with my three shiny new Cornish ticks which pulls me comfortably clear of my pathetic Oxon list once more. Two of those birds (the Pipit and the Warbler) were new "champagne" birds for me - I think that I may have set a rather dangerous precedent there which could prove expensive in years to come! It was nice to get in a bit of sea watching and made me realise just how little I've done of it this year - in fact Arctic Skua was a year tick for me! I still have a love-hate relationship with sea-watching: I love doing it and gaining more experience all the time but I do still struggle with ID'ing some of these birds at great distance. After having spent a lot of time watching video's of skuas on youTube I do feel that I'm finally getting to grips with them but I still managed to mis-call some (admittedly rather distant) Kittiwakes as Terns before they came close enough for me to realise my mistake. So there's still plenty to learn. 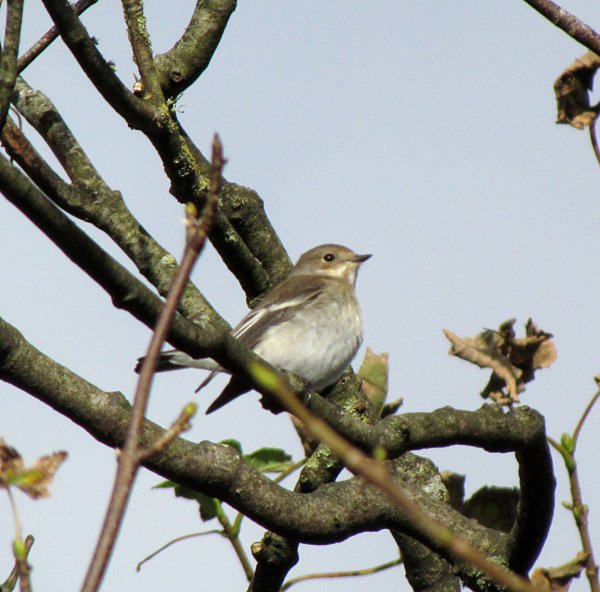 
This time there was the added dimension of proper moth trapping. I had two sessions, one trapping 50 moths of 13 species and the second 70 moths of 16. These counts are far better than the paltry numbers I get in my urban Oxford garden so from that point of view it was a great success. Below is a list of the species trapped or seen with the first four being migrants: 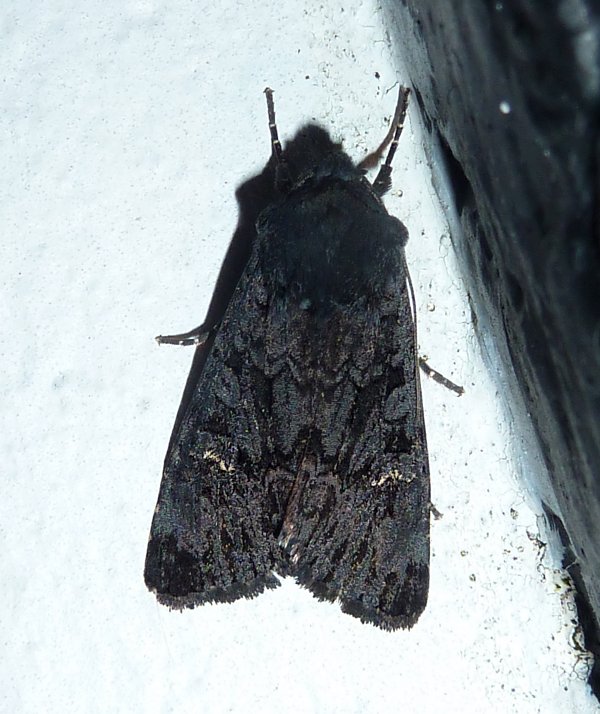 
One additional aspect which I am starting to appreciate is getting to know the regular visitors to Cornwall. I know many of the local birders already and as always appreciated timely texts & calls from David Parker and John Swann but there are a number of people such as myself who come down frequently, often in the autumn whom I've had pleasure of birding with this time. These include Ian Kendall (who regularly does Pendeen & who found the OBP), Roger Carrington, Lewis Thomson and Phil & Hilary (though they're becoming "locals" in March next year).


Bird of the trip this time is a joint prize won by the wonderfully confiding Paddyfield Warbler and the Olive-backed Pipit on my home patch at Pendeen. Dip of the trip I think goes to the annoying Ortoland Bunting that eluded me despite hours of tramping around stubble fields. 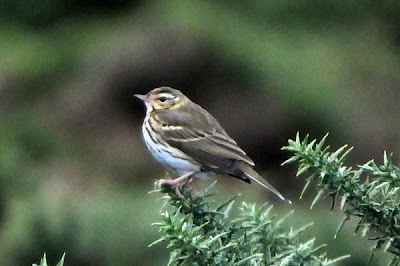 Pendeen Olive-backed Pipit (c) B. Rankine -
this was taken towards the end of the week when most people had
lost interest in the bird. Apparently it was sitting up beautifully
on the gorse near the pool where it was originally found


So all in all a great success and I'm already thinking about booking a week next year at the cottage again.