I managed to sleep much better last night and woke at a more reasonable time shortly after 7am. From the comfort of my bed I could hear the rain lashing down and knew that there was no point in hurrying out of the cottage. Instead I spent some time pottering around until shortly after 9 a.m. when the wretched Lizard Ortoland Bunting came up on the pager as present again. With the weather still looking very shaky for the morning here on the Penwith peninsula, another trip over to the Lizard seemed like a reasonable idea though this time David elected to pass. He was due to head off back home early afternoon anyway and he had to some PAT testing for the cottage (his one task in "payment" for the free holiday). I probably wasn't going to get back in time before he left so we said our goodbyes and I headed back on the familiar road towards the Lizard.


I arrived at around 10am to find it rather foggy and no one around at all. Before I steeled myself for yet more slogging around the numerous stubble fields I decided that a quick stroll over to the Red-backed Shrike spot would lift the spirits. No sooner had I got to the end of the footpath when up it popped not 15 yards from where I was standing. I slowly reached for my camera but before I could get it out of the case off the bird shot. I wasn't going to get better views than that so bouyed by my close encounter I headed back to the Stubble Fields of Despair to start tramping. There I met Phil & Hiliary and also the same birder from last night who was also back for more. It turned out that he was on his 400th bird and needed Ortoland still so he was keen to give it another go. A few other people joined us so we marshalled ourselves into a line and started systematically working our way across the various fields. After a while we met up with the guy who had refound the bird that morning - apparently on the western edge of the field complex along Penmenner Road though he was a bit vague about the details. After more field-bashing some of our party started to drift off and we more or less admitted defeat. A few off us went along the footpath to Pistil Meadow to look for a probable Tawny Pipit from yesterday but there was no luck. At the Lizard Point the others went off into the café but I chose to walk around the coast path to Housel Bay and then back up to the village where I'd parked. There I had something to eat and drink before steeling myself for one final look in some of the fields but of course it was still useless. On a second trip down to Pistil Meadow I happened to look out to sea where I spotted a Bonxie going by close in and then right behind it was a lovely Pom. skua. Back towards the Housel Bay footpath I met up with Dave Parker who'd just arrived for a Bunting search himself. By this time though I'd had enough and with news coming through of a RB Fly at Nanquidno I pointed the Gnome-mobile towards Penzance and headed off. 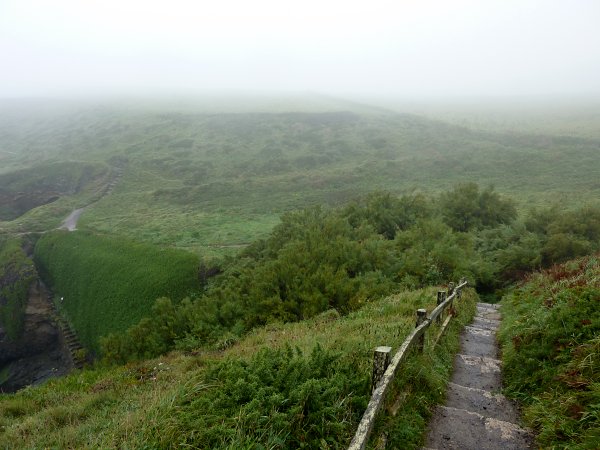 Pistil Meadow in the fog


After a brief stop-off for provisions I decided to head to Nanquidno to see if I could track down the Flycatcher but as I got to the ford I met up with Lewis who said that it hadn't been seen by anyone apart from the finder at 11am and that the wind (which was by now getting pretty strong) was blowing right down the valley and no one was seeing anything at all. I therefore turned the car around and headed back home for a spot of late lunch. From my window back in the cottage I could see the sea was cresting with white waves and what's more it was a north-westerly so it would be rude not to give the Watch a go for a while. I put on all the warm clothes I could find and headed off to the lighthouse where I passed a very enjoyable few hours in the company of half a dozen or so birders including LGRE. Between us we had 30+ Balearics, 10 or so Sooties, half a dozen Bonxies and 1 Arctic Skua in the session and Lee spotted a Puffin and a Sandwich Tern as well which no one else got on to. After a while it started getting cold and the wind seemed to be veering a bit more northerly so it was blowing right at us. Understandably I'd had enough at this point and headed back to the warmth of the cottage. That evening I did a spot of touching up of the decorating in the cottage - a never ending task in a location like this where the weather has a habit of sneaking in through the nooks and crannies.

In the absence of much in the way of photographs today, here are a couple of moths from the other night. 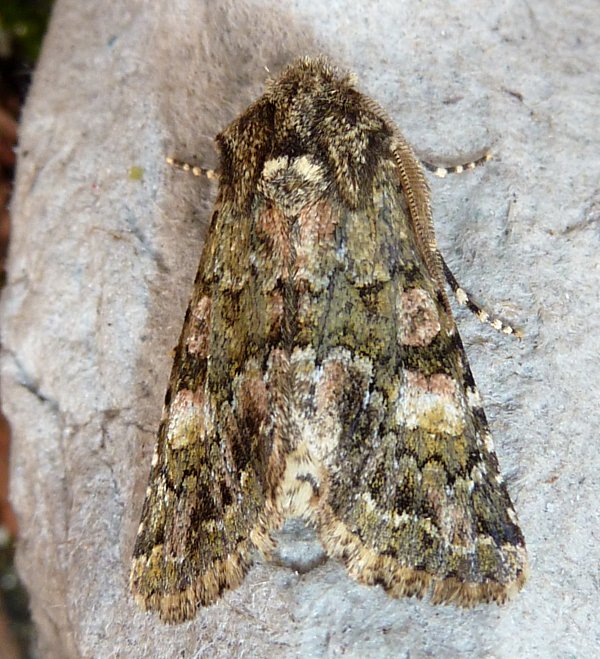 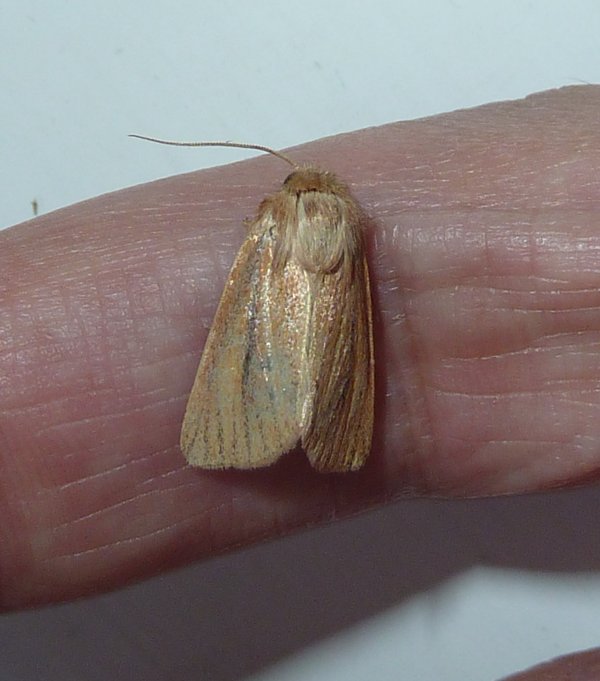