I woke up (at a reasonable hour - thankfully my normal sleeping pattern has been restored over the last couple of days) and had to get on with packing and leaving as the cleaners were coming to prepare for some paying guests for next week. By a little after nine I was out of the cottage and wondering what places to stop off at on the way home. Viv Stratton had found a couple of Ring Ouzels at Buttermilk Hill yesterday so I was thinking of checking in there to see if they were still about. I didn't really have time to do the full Pendeen rounds but as I had some re-cycling to drop off by the store I thought that I'd at least check out the copse to see if my Pied Flycatcher was still about. There I met up with John Swann, a visiting birder from Manchester and also Viv Stratton and a lady photographer, all with a keen interest in the copse. It turned out that the visiting birder had found an "Irish" Coal Tit there yesterday - apparently they have yellowish cheeks and there'd been a few on Scilly in the last few days. We hung around a while and I managed to re-find the Flycatcher but there was no sign of the Tit. I thought back to the Coal Tit that I'd found in the churchyard the other day but I'd checked that carefully to see if it was a continental one and it had looked absolutely bog-standard to me. Viv mentioned that the Ouzels had gone from Buttermilk Hill so that at least saved me having to check up on them. 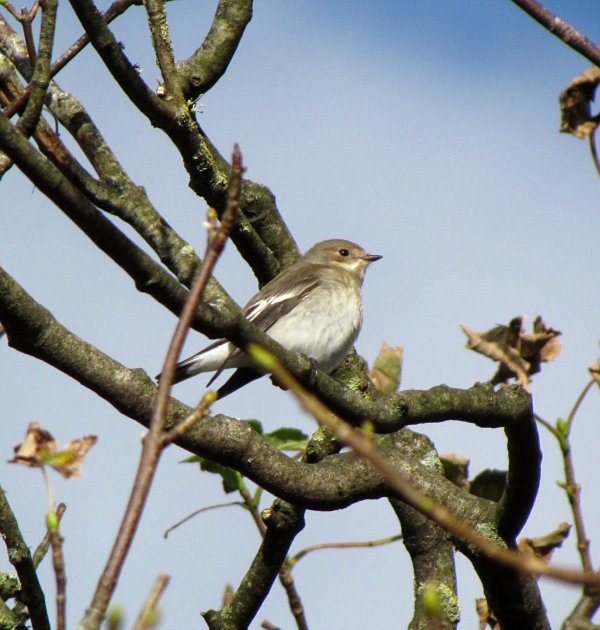 My Pendeen Pied Flycatcher posed well in the sunlight this morning


Next item on the journey home was a brief stop-off at Hayle where there were still remarkably few waders: I could only find a single Bar-tailed Godwit and a handful of Redshank. I checked my RBA text messages to see if there was anything to keep me in Cornwall a while longer: a Corncrake at Porthgwarra was no doubt un-twitchable and there was nothing else of note so I pointed the Gnome-mobile up the A30 and headed off. 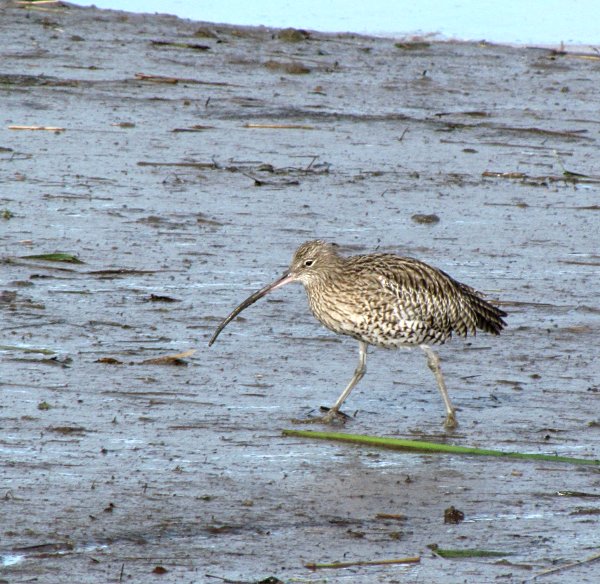 
There'd been remarkably little of interest en route to tempt me and the only thing that I could come up with was a Richards Pipit at Budleigh Salterton in Devon which was fortunately just a little way off the M5 so wouldn't be too much of a detour. It was reported as being in a field of long grass near the mouth of the River Otter. Some quarter of an hour off the motorway I duly found the field with no sign of any large pipits. A few other birders turned up and we wandered along the coast path a little way but to no avail. After a while I admitted defeat and headed back to the car with "a nice walk" the best that I could salvage from my detour. The rest of my journey was uneventful and I arrived back to my VLW and our lovely children early evening, tired but content with what had been a most enjoyable week in my favourite part of the country.
Posted by Adam Hartley (Gnome) at 18:19