Once again I awoke earlier than I would have liked but this time to a fog-enveloped world. Now Pendeen is a real fog magnet and if anywhere is going to be fog-bound it's here. However a check on some local webcams soon revealed that actually this was more widespread than just the local area. Despite this, I decided  on a quick stroll down to the lighthouse to see what I could find but apart from the usual mipit flock and a couple of kestrels there wasn't anything of note apart from a rather bedraggled Fox Moth caterpillar. 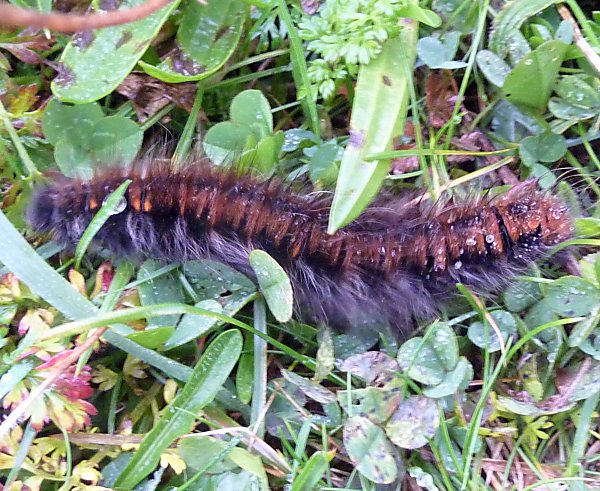 It then started to look like the fog might be lifting so after breakfast I decided to head over to Kenidjack to see what I could find. There I met up with a regular visiting birder called Lewis and we birded the valley together. There were quite a few more birds about than of late and there was plenty to look through though of course they were mostly the usual stuff. Down at the bottom by the donkey paddock we found a Redstart, a brief view of what might well have been a Pied Fly and a little way back up the valley, in the company of John Swann, we had good long views of a Yellow-browed Warbler working its way through a Sycamore tree. In the other valleys news was coming through of loads of Yellow-browed as well as a Wryneck and a Lapland and a Snow Bunting at PG. There must be getting on for a dozen Yellow-broweds on the Penwith peninsula at present.

At this point we met a bloke called Tim who'd been told by someone else of a White's thrush in Cot valley that had been found by one of the local Cot regulars. Without further ado we all piled into the Gnome-mobile (to minimise parking problems) and headed off to find out what the situation was. It turned out that Nigel Wheatley (if I've remembered correctly) had found the bird: it had flown over his head across the road and then low down off into the undergrowth so a single-observer sighting. By this time there must have been getting on for fifty birders all assembled there. In fact all the locals and visitors were probably there with the exception of Dave Parker who presumably was stuck at work. After a while a couple of locals went in to the nearest garden to have a look around but nothing was found and nothing flew out. People then started to spread out to look for it but Cot is such a jungle that it was a near impossible task. I later learnt that White's thrushes are masters at hiding and when they're motionless in a tree their markings render them almost perfectly camouflaged. I tagged along with John and Lewis and we started to search the surrounding fields but eventually we admitted defeat and I offered them a lift back to Kenidjack to their respective cars. 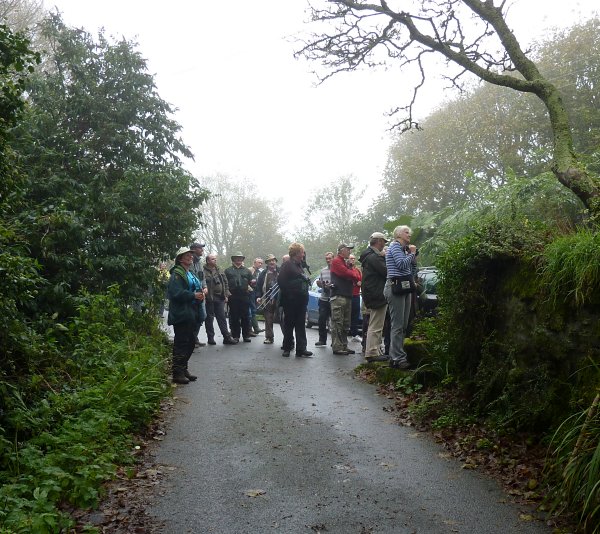 Some of the Assembled Twitchers for the White's Thrush


Whilst we'd been wandering around Cot word had come out on RBA of a Paddyfield Warbler over at Church Cove on the Lizard. After dropping off the others I had intended to go for it but by the time I neared Pendeen common sense and the lure of a nice cup of tea and some cake started to influence me so instead I headed for the cottage. My brother-in-law, David, was coming down this afternoon, it had only been reported once on RBA and it was an hour's drive away: all good reasons not to head off. I called David and found out that he was about an hour away so perhaps a quick nap was called for. Just as I put the phone down a second report came through on RBA and that was enough for all sense to go out the window and I got my gear together and headed for the car. I sent a quick text to David saying that I was probably going to be out and telling him how to get in the cottage in my absence and then off I went, arriving an hour later at Church Cove.

Just as I was walking down the road towards the site I met up with John Foster and his two children (who'd grown a lot since I'd last seen them). He informed me of exactly where to go and that the bird was showing well and at regular intervals. Buoyed with this information off I trotted and I soon found the site with a couple of birders in attendence. True to John's description, the bird soon showed at a distance of some twenty yards where it was working its way through some bracken and ivy in a nice sheltered spot and showing nicely. It was paler than I would have expected but the long tail and dark area above the long supercilium were clearly visible. Phil and Hilary turned up and we all enjoyed good views of this great little bird at close quarters. After about an hour I decided that I ought to head back home to my house guest though I did stop off in Penzance to pick up some provisions and a nice celebratory bottle of champagne. After all it's not every day you see such a good bird so nicely and at such short range. 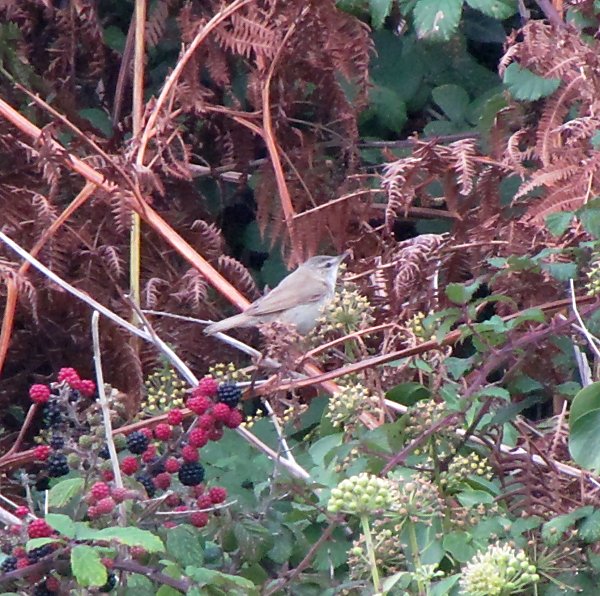 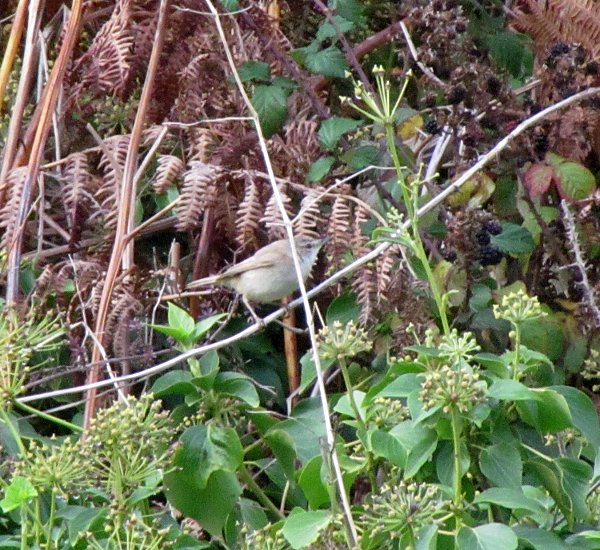 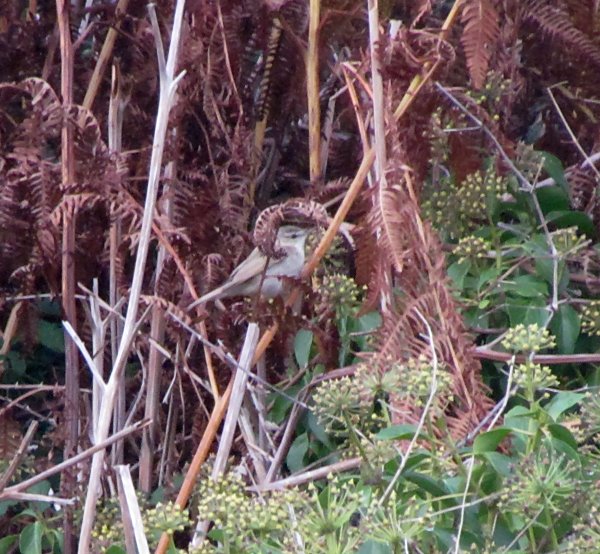 The Church Cove Paddyfield Warbler, taken with my super-zoom camera
- never an easy task with a mobile warbler